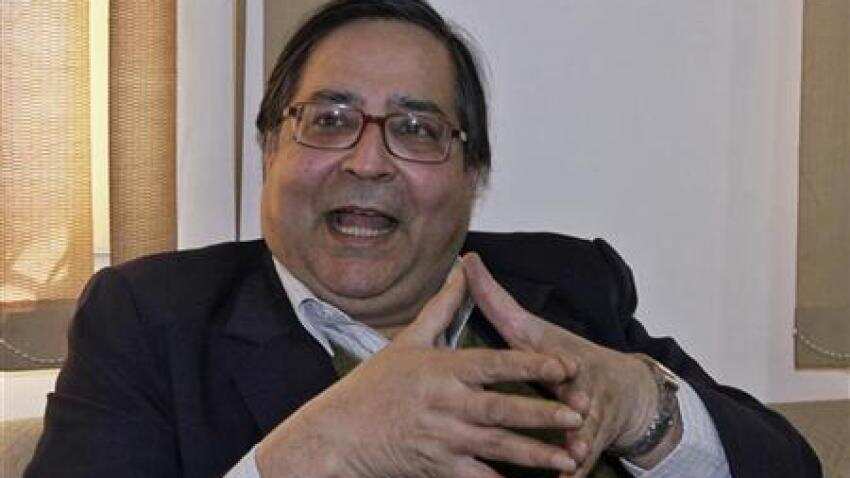 With the discrepancy noticed between GDP rising at 7.9% and Indian Industrial Production (IIP) showing only 0.8%, caused many to question if GDP is a ‘satisfactory’ measure of growth.

India’s Chief Statistician, TCA Anant, on Sunday, defended the Central Statistics Office's (CSO) GDP estimates and underscored the institutional challenges in improving the accuracy further, in an interview with The Hindu.

The CSO calculated the GDP statistics based on the new methodology accepted in January 2015.

This methodology calculates growth by gross value added at basic prices; the earlier method measured it by GDP at factor cost.

Anant explains that this time’s GDP series did not do anything different in the choice of deflators or prices from the past.

CPI and WPI are not the same

CPI covers a smaller vector of activities and goods in the economy, so it will be appropriate to use for the large number of them, prices derived from the WPI, he added.

He also explained that the Wholesale Price Index (WPI) has shown peculiar negative numbers which did cause the manufacturing sector to feel unhappy about falling prices.

There are certain commodities in WPI which are not included in CPI, Anant stated which has seen difference in price movement.

Relative price changes should also have an effect on the economy.

Value added has also risen which may imply that even though costs are falling faster than sales, profit margins have increased.

GDP and IIP have varying opines when it comes to manufacturing growth, Anant stated.

IIP measures output in the following way, it takes a list of items constructed in the base year and identifies production entities. The structures then chosen are frozen after which month on month output numbers are then received from these sectors which construct the index.

Exit of any entity will cause their output to fall to zero. But because the basket is frozen, new entities are not brought in.

Since the items in the base year basket have not been changed, Anant explained that the only logical explanation is to revise it more frequently.

Anant added that IIP is a very old series which dates back to the 50s or 60s.

The difference between the IIP and the GVA is huge which implies that the IIP is not reflecting macroeconomic trends.

IIP has limitations as a representative of aggregate growth in manufacturing. It is still useful—and the only measure available—for the micro picture for a broad sense of what is happening to different segments.

IIP is used for estimating capital formation and construction for lack of a better option, Anant stated.

There is a use of a different data set in the computation of GVA and GDP.

Also corporate value-added differs from ASI (Annual Survey of Industries) by the notion of enterprise value-added versus the establishment value-added.

The ASI would capture information from a plant, while data for corporations would come from the accounts filed by the company.

The latter could include data from services or trading at showrooms, he said.

The third element is the coverage of the Ministry of Corporate Affairs (MCA) database which is much more comprehensive compared to either the ASI or the IIP coverage. A much larger set of entities have been captured.

The new series needs to be computed alongside the old series so as to erase confusion of the two estimates.

He finally ended by stating that the new series needs work. Back-casting the new series with the data available in the past will give people a longer time-series.