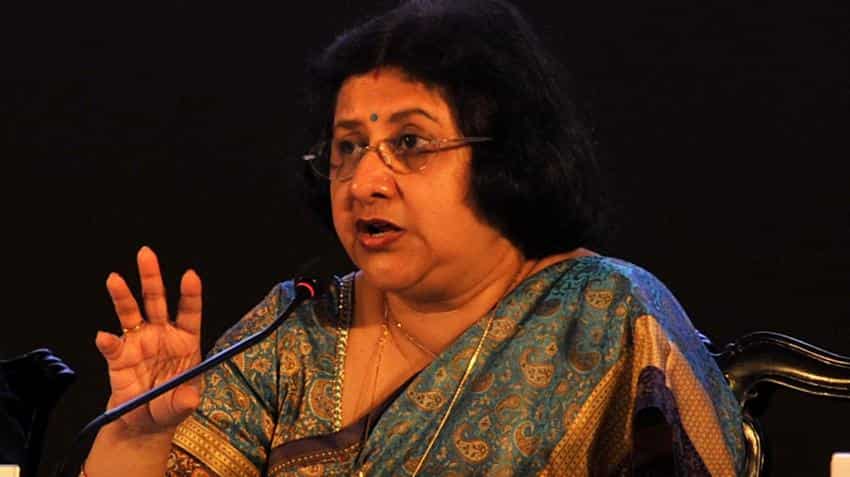 There is no dearth of capital to finance India's massive infrastructure development provided the projects involving huge investments are handled with "transparency" and "good governance", SBI Chairperson Arundhati Bhattacharya said on Sunday.

"When I say transparency, I mean the way the project is given out, the way it is handled, the way society is taken on board, so all of these things are required. If these things are done properly I do not think we will be lacking in money," the 60-year-old banker said.

"Most important thing is risk allocation. If the risk allocation is done in the right manner then the project becomes bankable," she said in reference to India's infrastructural development programme. Asked about speculation that she is in the running to succeed Raghuram Rajan as the next RBI Governor, Bhattacharya declined to comment.

While Finance Minister Arun Jaitley along with an international panel including Chinese Finance Minister Lou Jiwei took part in the discussion on Infrastructure and Global Economic Growth, Bhattacharya took part in the dialogue on Financing Green Infrastructure along with President of the New Development Bank (NDB) of the BRICS countries K V Kamath.

"For instance the panel talked about land acquisition. That is not a risk a sovereign can pass on to a promotor. At the end of the day land acquisition has to be ensured by the local government," Bhattacharya said.

About the flow of private investments in India, Bhattacharya said the only reason private sector is very apprehensive about dealing with projects is the uncertainty.

"Private sector has no issue in coming into infrastructure sector. They know very well that infrastructure is one area that can give you very steady long term returns," she said.

"There is no dearth of capital. Infrastructure is one area (in which) yield can be reasonable. It can be over a long period of time," Bhattacharya said.

"If you are looking at pension funds or the insurance funds (they) need long term investments. In order to ensure long term investment it is important to make infrastructure as transparent and as bankable as possible, should be a win win for all," she added.

Earlier, at the seminar, Finance Minister Arun Jaitley had said India requires $1.5 trillion investment in infrastructure in the next ten years.

Chinese stay close to home after coronavirus brought under control