Need to focus attention on use of technology in health sector: PM Modi

Addressing a large and enthusiastic gathering, he said he is delighted to visit Arunachal Pradesh and be among the wonderful people of the state. 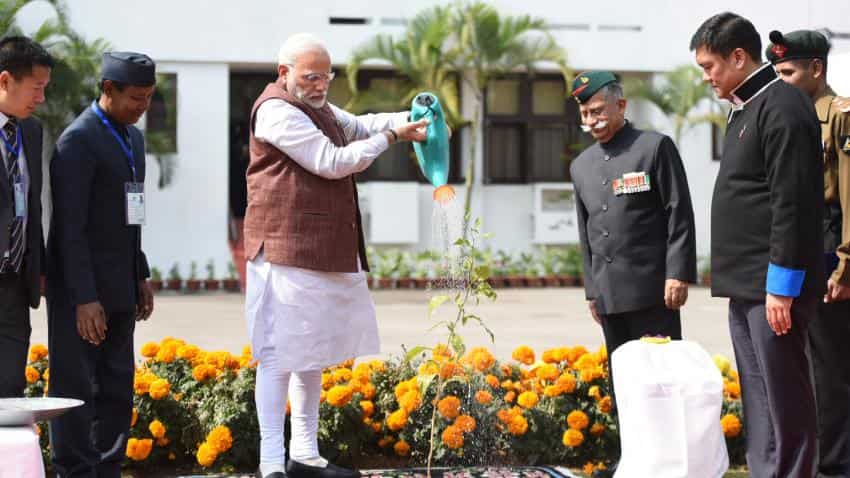 Prime Minister Narendra Modi, visited Arunachal Pradesh today, said that there is need to focus attention on human resource development, infrastructure, and use of modern technology in health sector.

The Prime Minister said the Union government is working towards building medical colleges in all parts of the nation. He said this is because, when one studies in a particular area, one becomes better acquainted with the local health challenges.

He said healthcare has to be of good quality and it must be affordable. He said the prices of stents had been brought down so that the poor and middle class families benefit. He said the Ayushman Bharat scheme will take the lead in providing quality and affordable healthcare.

Earlier, he inaugurated the DorjeeKhandu State Convention Centre, which has an auditorium, conference halls and an exhibition hall.

The Prime Minister also dedicated the State Civil Secretariat Building to the nation, and laid the Foundation Stone of the Academic Block of the TomoRiba Institute of Health and Medical Science.

Addressing a large and enthusiastic gathering, he said he is delighted to visit Arunachal Pradesh and be among the wonderful people of the state.

He said most of the key departments are based in the new Secretariat. This makes it easier for people coming from distant villages, he added, noting that coordination and convenience are enhanced.

He said that inputs for this plan were taken not just from officials but also from people from all walks of life.

New airbase coming up in Gujarat near Indo-Pak border to emerge as effective centre for country's security: PM Modi at DefExpo 2022