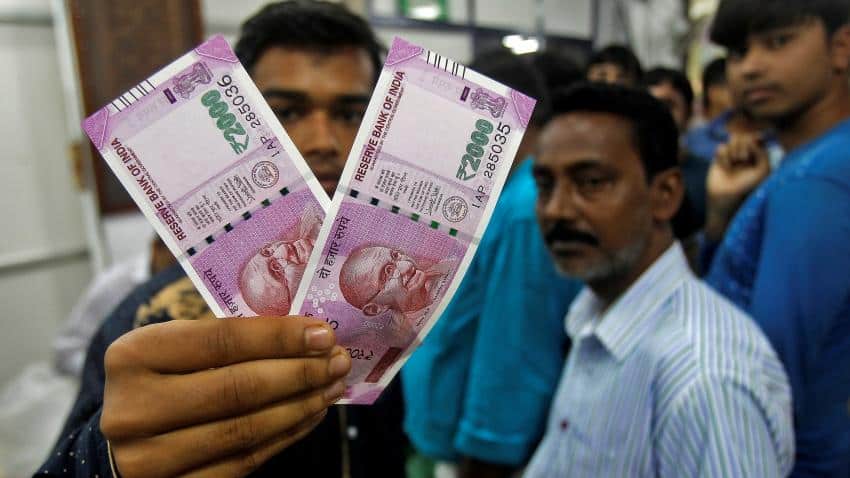 Banks have diverted their attention from providing cash to their own branches rather than to ATMs. Image Source: Reuters
Written By: ZeeBiz WebTeam
RELATED NEWS

Liquidity crunch at ATMs has sparked the memory of demonetisation days however cash logistics firms allege that in the process of recalibration, unpaid bills from banks has amounted to Rs 110 crore, a report by The Indian Express said on Thursday.

At least 90% of the banks have deferred payments as services pertaining to ATM recalibration, after the demonetisation of old Rs 500 and Rs 1000 notes, they said were not a part of their contract with logistics firms, the report added.

However majority of banks have questioned the cost incurred by these firms between November 10 and December 30, 2016 and most have deferred payments as they believe the service provided by the logistics firms during demonetisation were in national interest, the Indian Express report said.

Also Read: Bad loans of 5 associate banks more than half of SBI's

Banks have diverted their attention from providing cash to their own branches rather than to ATMs, a report by DNA said on Thursday.

Sources said that the total cost of recalibration and retrieval of old cash works out to Rs 5,615 per ATM. However, banks have been instructed by the finance ministry to pay Rs 4,000 per ATM to the cash logistics companies.

Currency in circulation in October last year amounted to Rs 17.77 lakh crore while in March 2017 it was Rs 13.13 lakh crore.

He further added that there were three meetings held with a task force headed by State Bank of India (SBI) but not much has moved.

SBI, which is heading a task force on the issue of the cash logistics firm, said that it is yet to receive bills, the IE report added stating that the bills had to be routed through managed service providers (MSPs) who outsource the job of refilling to cash logistics firms.