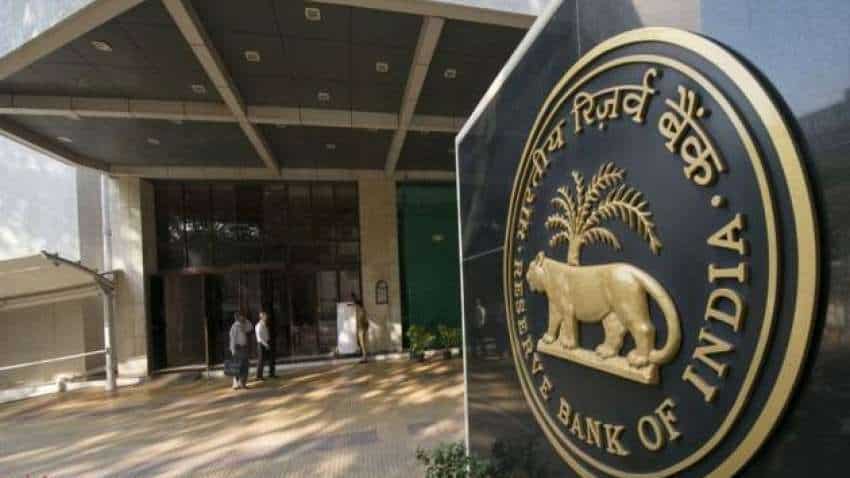 Going forward, profitability of NBFCs may be dampened due to loan impairment, lower credit demand and a tendency to preserve cash, the RBI report released on Tuesday said. Source: PTI
Written By: PTI
Edited By: ZeeBiz WebTeam
RELATED NEWS

The profitability of non-banking finance companies (NBFCs) may be 'dampened' going ahead due to the loan impairment and lower credit demand, the Reserve Bank of India (RBI) said in its Report on Trend and Progress of Banking in India 2019-20.

Going forward, profitability of NBFCs may be dampened due to loan impairment, lower credit demand and a tendency to preserve cash, the RBI report released on Tuesday said.

Due to loan moratorium and asset classification standstill, asset quality shored up. However, many NBFCs have made additional provisioning as per expected credit loss (ECL) norm; and bolstered their capital position by ploughing back dividends, it said.

In order to mitigate the impact of COVID-19, the RBI allowed lending institutions to grant a moratorium on payment of instalments of term loans due between March 1, 2020, and May 31, 2020, which was later extended till August 31, 2020.

Overall, the percentage of customers availing the moratorium has been relatively lower for NBFCs, while loans outstanding under moratorium were higher than those extended by scheduled commercial banks (SCBs) indicative of incipient stress, the report said.

The consolidated balance sheet of NBFCs decelerated in 2019-20 due to stagnant growth in loans and advances beset with a challenging macroeconomic environment and weak demand compounded by risk aversion, the report said.

The report further said though economic activity is expected to remain muted in FY2020-21, strong NBFCs maintain a 'cautiously optimistic' view and are expected to perform well as many have reported strong revival, almost to pre-COVID levels, in disbursements and collections.

?RBI, on its part, remains steadfast and resolute in maintaining the sector's long-term resilience and preserving financial stability, it said.

It said housing finance companies (HFCs) experienced headwinds in 2019-20, with slowdown in credit growth, decline in profitability and deterioration in asset quality.

The report said in FY20, industry remained the largest recipient of credit extended by the NBFC sector, followed by retail loans and services. During 2019-20, retail loans were driven up by housing loans and vehicle loans.

In 2019-20, banks' subscription to NBFCs' debentures and commercial papers (CPs) declined on risk aversion, it said.

In H1 FY2021, overall bank exposure to NBFCs continued to grow due to higher direct lending by banks as well as their investment in debentures, the latter shored up by ample liquidity and return of market confidence with the Partial Credit Guarantee Scheme (PCGS), Targeted Long-Term Repo Operations (TLTRO) and Special Liquidity Scheme (SLS), it said.

"Growth in lending via CPs to NBFCs was in negative territory in September 2020 following a pick-up in the first quarter of 2020-2021," it said.

However, their investment were largely limited to few large and well-rated NBFCs, it said.

Growth in mutual funds' subscription to NCDs of medium NBFCs declined from the second half of 2019-20. In the case of CPs, mutual funds' confidence was dampened by prevailing market pessimism and liquidity stress, it said.

While mutual funds held only a minuscule share of NCDs and CPs of small NBFCs, they exited in March 2020 and June 2020 due to heightened risk aversion in the aftermath of COVID-19, the report said.

It said a study of the distribution of TLTRO funds reveals that Rs 76,843 crores have been requested by NBFCs and housing finance companies (HFCs), four-fifth of which has been disbursed.
NBFCs garnered 60 per cent of the total disbursement, it added.