The informal summit between Prime Minister Narendra Modi and Chinese President Xi Jinping in Wuhan will provide an opportunity to the two leaders to begin a "genuine" dialogue about issues in Sino-Indian ties, top US experts have said. 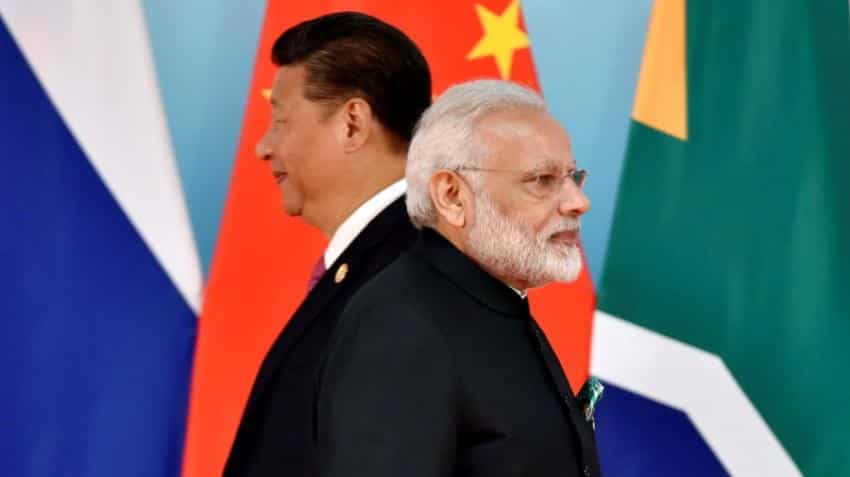 Modi and Xi will hold the two-day informal summit in the central Chinese city of Wuhan from tomorrow. Image source: Reuters
Written By: PTI
RELATED NEWS

The informal summit between Prime Minister Narendra Modi and Chinese President Xi Jinping in Wuhan will provide an opportunity to the two leaders to begin a "genuine" dialogue about issues in Sino-Indian ties, top US experts have said. Modi and Xi will hold the two-day informal summit in the central Chinese city of Wuhan from tomorrow during which both the leaders will try to work out a new paradigm for the bilateral ties bogged down with a host of disputes and differences.

While no major agreements were expected to be reached at the summit, both sides have indicated that the meeting is aimed at giving an "honest try" by the two leaders to work out an understanding at the top on the future course of relations.

"The informal format of the Modi-Xi summit provides an opportunity for the two leaders to begin a genuine dialogue about problems in their bilateral relationship," said Bonnie S Glaser, a senior adviser for Asia and the director of the China Power Project at Center for Strategic and International Studies (CSIS), a top American think-tank.

"That said, I doubt progress will be made in any of the major friction areas. Beijing is unlikely to change its position on India's bid to join the Nuclear Suppliers Group," Glaser told PTI.

"China may warn India to not participate in anti-China schemes such as the Quad and the Free and Open Indo-Pacific Strategy, Glaser said.

India protested about CPEC as it is being laid through Pakistan-occupied Kashmir (PoK) disregarding India's sovereignty concerns.

The Modi-Xi summit meeting is taking place in the backdrop of series of high level interactions between both the two countries starting with Chinese Foreign Minister Wang Yi's visit to India in December, the first after Dokalam standoff.

Scott Kennedy, deputy director of the Freeman Chair in China Studies and director of the Project on Chinese Business and Political Economy at CSIS, said India and China have many ways they could potentially expand their commercial cooperation and resolving their differences over territory and other issues would certainly help.

Kennedy, a leading authority on China's economic policy and its global economic relations, said his "guess" is that at this moment Xi is mainly interested in keeping aside any of the current problems with India from escalating rather than solving them.

Xi's top international priorities now are the deterioration in US-China relations, the Korean peninsula and cross-strait issues with Taiwan, and the continued expansion of the BRI.

"We all want to see tensions continue to de-escalate, and these summits can help. India and China have a range of platforms where they cooperate, such as BRICS, the Shanghai Cooperative Organisation, and the Asian Infrastructure Investment Bank. Transparent infrastructure lending programmes can have a positive impact in regional development, said Richard M Rossow, Wadhwani Chair in US India Policy Studies at CSIS.

"However, China's moves to expand its military presence and economic links across Indian Ocean nations means that the medium and long-term outlook presents real challenges. As many Asian nations witness on a daily basis, China is not looking for partners,? Rossow said.

Rossow said China is vying with India for influence in Nepal, Sri Lanka, Myanmar and other nations in the region. And expanding direct cooperation with Pakistan, without pressing for Pakistan to reduce support for terror groups.
According to a State Department spokesperson, the United States supports positive, peaceful, and stable relations with and among all countries in the world. ?And India and China are no exception,? the official said.

"We welcome India's emergence as a leading global power and stronger strategic and defence partner, the spokesperson said.

India is one of our premier security partners in the Indo-Pacific region. The US-India strategic partnership stands upon a shared commitment to uphold the rule of law, freedom of navigation, democratic values, and free and fair trade,? the spokesperson said in response to a question.

This will be fourth visit of Modi to China after he came to power in 2014. He is again due to visit China to take part in the SCO summit to be held at Qingdao city on June 9-10.