Prime Minister Narendra Modi is considering three options for a relief package to help farmers suffering because of low crop prices at a cost of as much as 3 trillion rupees ($42.82 billion), according to three government sources. 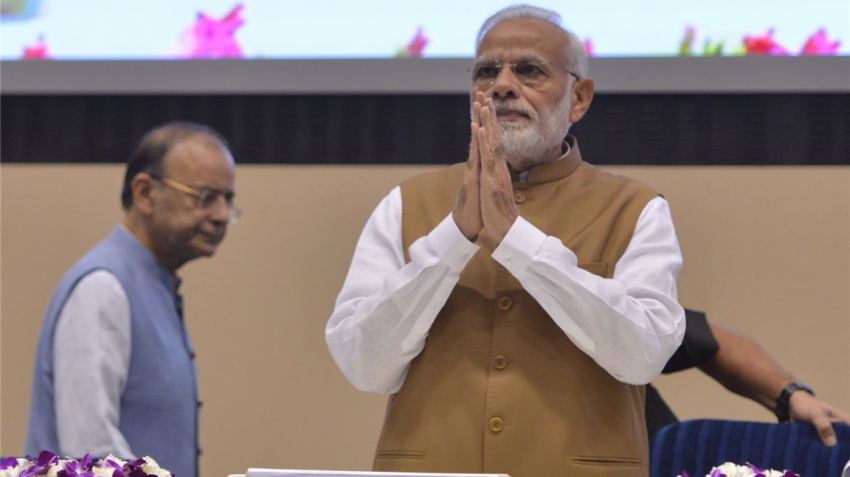 Narendra Modi is considering three options for a relief package to help farmers suffering because of low crop prices at a cost of as much as 3 trillion rupees. Image source: Reuters
Written By: Reuters
RELATED NEWS

Prime Minister Narendra Modi is considering three options for a relief package to help farmers suffering because of low crop prices at a cost of as much as 3 trillion rupees ($42.82 billion), according to three government sources.

The possibilities are a direct payment to all landowning farmers, compensation for those who sold produce below government prices, and a loan forgiveness program.

Modi is desperate to claw back support among India`s 263 million farmers and their many millions of dependents after his Hindu nationalist Bharatiya Janata Party (BJP) lost power earlier this month to the opposition Congress in three big heartland states. A general election has to be held by May.

The government is keen to find a way to get money to farmers as quickly and simply as possible so that they can feel the benefits before the election. That could come at a major cost to its budget, which is already strained because of lower-than-expected tax revenues, and is likely to undermine its fiscal deficit target for the year ending in March.

The BJP won much of the rural vote at the last election in 2014 but there has been increasing anger with the government in the countryside because Modi has tried to get the market to play a bigger role in setting prices and sought to reduce government intervention. Healthy crop production in the past two years and lower than expected exports have combined to drive prices down at a time when some farm costs have been surging.

The quickest option, and currently the most favored inside the government, is to directly pay landowning farmers 1,700-2,000 rupees per acre, said two of the sources, including one at the farm ministry. They spoke on condition they not be identified.

The finance ministry estimates such a scheme, which means farmers would get the money before next sowing season, could cost up to 1 trillion rupees.

The second option would be to compensate farmers for the difference they received by selling their produce in the market compared with the government price that is set for grains and some other products, one of the finance ministry officials said. That would be cheaper, costing about 500 billion rupees, the official added.

That option has some major drawbacks, though, as government support schemes have lost credibility because they don`t cover all farm produce and claiming from the government has often proven difficult.

Middlemen have also taken advantage of such schemes by persuading the farmer to give them part of any subsidy or compensation.

The most expensive option - at a cost of as much as 3 trillion rupees - and the least favored inside the government, would involve writing off farm loans by up to 100,000 rupees per person. That is a policy that is being pushed hard by the opposition Congress party.

MODI IN SERIES OF DISCUSSIONS
"Broadly speaking, the government is considering three options – writing off some farm loans, introducing a price differential plan and direct transfer of cash to farmers," said a source at the farm ministry.

All three sources, said that the government has not yet discussed the ways in which it plans to fund any of the schemes.

In the last week Modi had a series of meetings with Finance Minister Arun Jaitley, Agriculture Ministry Radha Mohan Singh and officials from its top think tank Niti Aayog to weigh its options for a farm relief program.

BJP President Amit Shah also met Agriculture Minister Singh last night to discuss the proposals, according to a senior cabinet minister, who did not want to be named.

The government is also planning to buttress any package by revising the existing crop insurance policy to facilitate easier settlement of claims and also give greater non-collateralized credit assess to farmers, the minister said.