Arun Jaitley writes to Narendra Modi, asks to keep away from any responsibility 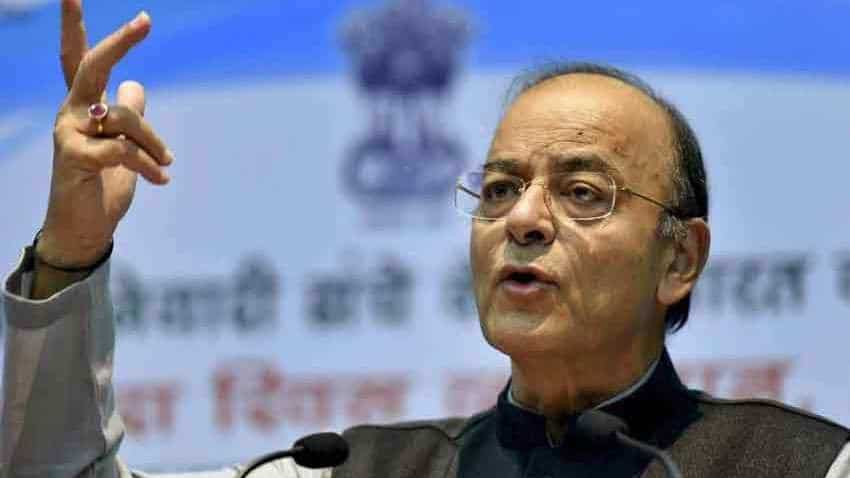 Jaitley who has been an important member of the Modi government over the last five years, had to deal with various health issues lately. Source - PTI.

Finance Minister and senior Bharatiya Janata Party (BJP) leader Arun Jaitley has written a letter to PM-elect Narendra Modi asking him to keep away from any role in the new NDA government, citing health issues. Jaitley who has been an important member of the Modi government over the last five years, had to deal with various health issues lately. "I have today written a letter to the Hon’ble Prime Minister, a copy of which I am releasing," Jaitley tweeted, while confirming that he won't hold any position in the new government.

"It was a great honour and a learning experience for me to have been a part of the government led by you for the past five years. Even earlier, the party had blessed me with responsibilities in the first NDA government, in the Party organisation and also while we were in the Opposition. I could have not asked for more," the letter, released one day before the new council of ministers take oath, read.

In his letter, Jaitely said that he has been facing various health issues for the past 18 months, most of which he has been able to deal with succesfully, but would want to stay away from any responsibility for a while. Jaitley said that he had informed Narendra Modi about his decision orally before the latter's Kedarnath trip.

"I am writing to you to formally request you that I should be allowed a reasonable time for myself, my treatment and my health, and, therefore, not be a part of any responsibility, for the present, in the new Government," the letter said. 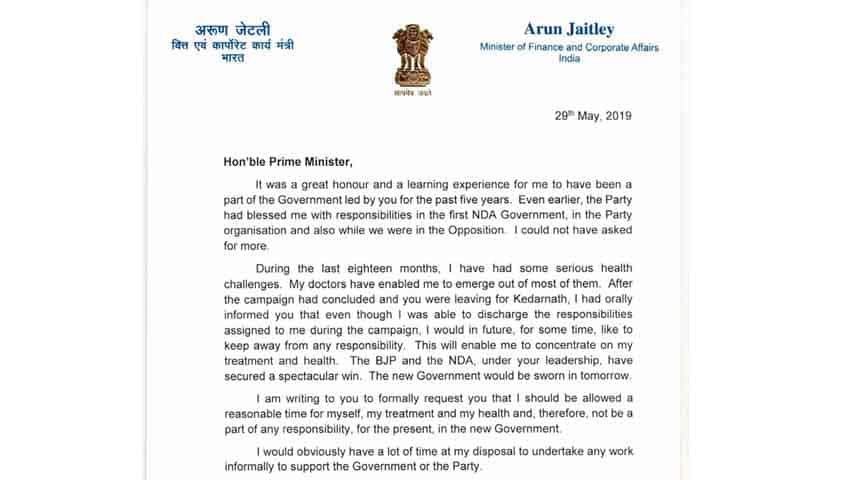 Jaitley had undergone surgery in the US on January 22 for a reported soft tissue cancer in his left leg. As a result, he wasn't able to present this year's interim budget, which was also Modi government's sixth and final budget of the previous term. Instead, Railway and Coal minister Piyush Goyal was the stand-in finance minister who presented the interim budget for 2019-20.