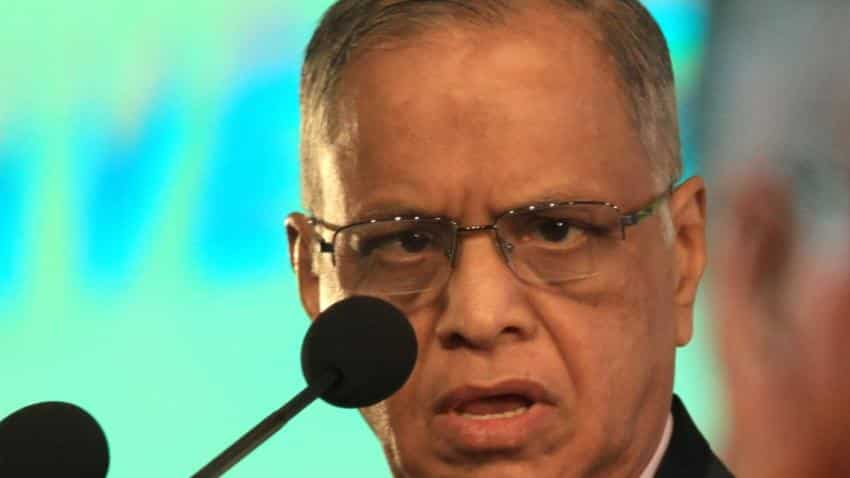 Infosys co-founder and now retired NR Narayana Murthy has once again voiced his displeasured over salaries being paid to top management of the IT major.

On April 2, 2017, Infosys in a statement to the stock exchanges said that the shareholders of the company have approved revision in compensation of its chief operating offer (COO) and whole director UB Pravin Rao.

Murthy, in an emailed statement, said, “Giving nearly 60-70% increase in compensation for a top-level person, even including performance-based variable pay, when the compensation for most of the employees in the company was increased by just 6-8% is, in my opinion, not proper."

The problems between the board of Infosys and its founders have been brewing for some time now.

On February 10, 2017, Infosys said, "The Board receives several inputs from various stakeholders, including the Company's Promoters. The Board gives serious consideration to all these inputs."

It further said, "The Company has an independent and professional Board, whose members possess vast experience. The Independent Directors have no interest other than their commitment to enable this great institution that has been assiduously built by the iconic Founders, to succeed."

On February 8, 2017, media reports surfaced that claimed Infosys founders including Narayana Murthy, Kris Gopalakrishnan and Nandan Nilekani had written to the board in January 2017 expressing their concerns over pay hike to CEO Vishal Sikka, and the severance package offered to two senior executives.