Kanchana 3 is emerging as a blockbuster at box office. The first weekend worldwide box office collection of Raghava Lawrence starrer is really impressive. 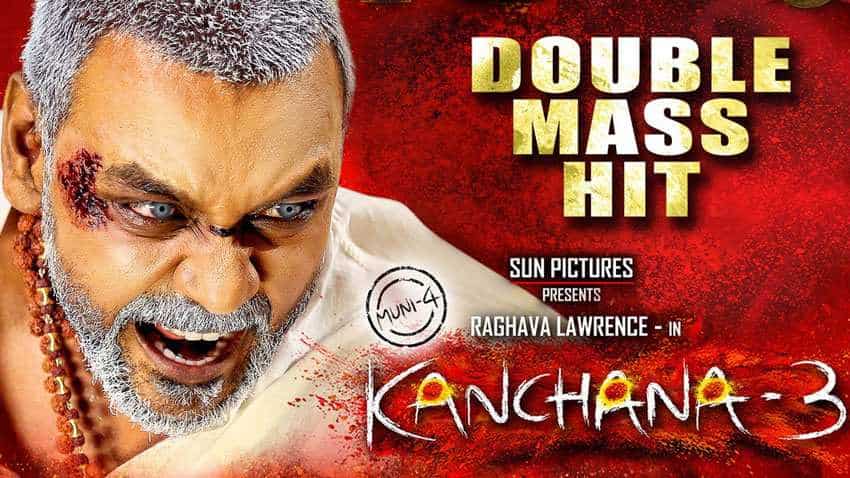 After the huge success of Kanchana 2 (2015), Raghava Lawrence had confirmed that more films in the action horror comedy series will be produced.
Written By: ZeeBiz WebTeam
RELATED NEWS

Kanchana 3 was released on Friday worldwide. According to IMDb, Kanchana 3 is about a man who is possessed by the Raaja Naagam, King Cobra.

Earlier, talking about Kanchana 3, actress Vedika had said, "Shooting for Kanchana 3 was like going on a big holiday and she considers the movie a great addition to her filmography."

Vedika has returned to the franchise, which kicked off with the 2007 film Muni, after a decade and she can't be more excited.

After the huge success of Kanchana 2 (2015), Raghava Lawrence had confirmed that more films in the action horror comedy series will be produced.