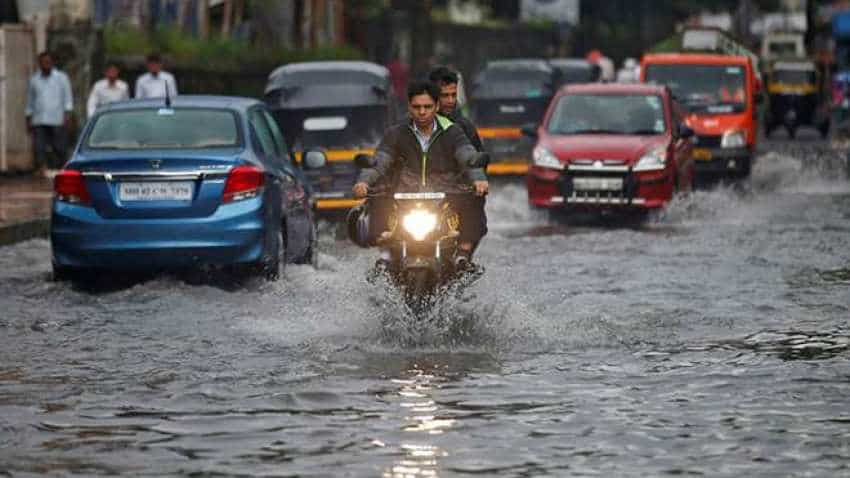 Mumbai rains: Overall, the country has received 3% more rain than average since the start of the monsoon season on June 1. Image source: Reuters

Mumbai rains: Good rains are awaited for better agriculture across the country, and also for giving relief to people suffering from scorching heat. But in Mumbai, the annual monsoon brings all-round destruction, putting a break on the fast pace of life in the corporate capital, which is also known for highest tax-paying city. This year too, the city has suffered huge losses as crores have virtually been washed away, according to a Zee Busines TV report.

According to USTDA and KPMG reports, Mumbai has lost Rs 14,000 crore due to rains between 2005 and 2015, besides claiming as many as 3000 lives in the last 10 years. The rains wreaked havoc in Mumbai, causing destruction, affecting road to train and air traffic.

This year, the Mahalakshmi Express train came under flood, and the NDRF team strived hard to rescue the stranded passengers. Flood-like conditions arise in many areas of the Maharashtra, and a lot of old buildings collapsed.

The floods have not only hit Mumbai or Maharashtra but also the country at large, according to the Central Water Commission, which stated that a loss of Rs 3.78 lakh crore have caused to the nation in the last 65 years.

Around 8 crore houses have been destroyed in the floods, the report said, adding that more than 1 lakh people died in the floods between 1953 and 2016.

Notably, monsoon rains are crucial to farm output and economic growth because the agricultural sector accounts for about 15% of India`s $2.5 trillion economy. The country received 38% more rainfall than the 50-year average in the week to September 11, data from the India Meteorological Department (IMD) showed, with central India receiving 142% more rain, a reuters report said.

Overall, the country has received 3% more rain than average since the start of the monsoon season on June 1, it added.