Mumbai rain: Central Railway cancels some trains; see if you are affected

Central Railway stated that due to continuous heavy rain and grim forecast, the following trains have been cancelled or diverted. 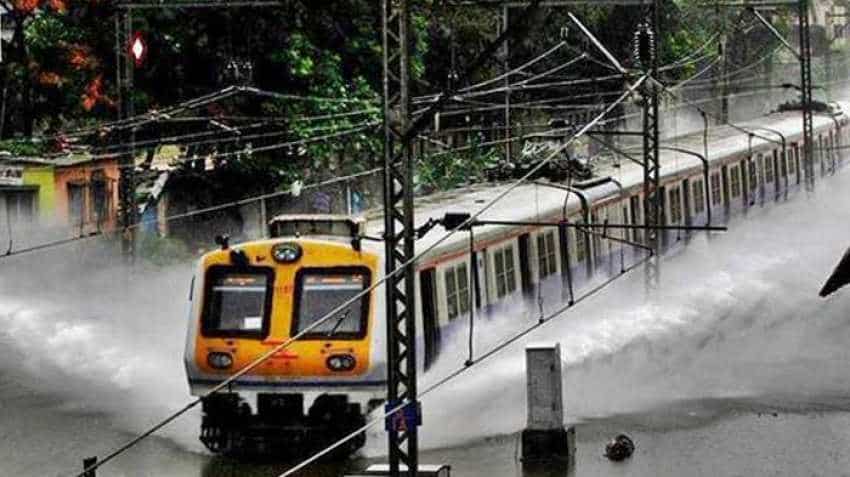 Heavy rain has taken a toll on Mumbai and Central Railway is facing the heat over this. Central Railway has now announced cancellation or diversion of some express trains in Mumbai due to continuous heavy rain from early hours of Sunday. The situation is so bad that Central Railway was forced to shut down the pre-planned mega block due to inconvenience caused by water logging.

According to Skymet, in last 24 hours, from 8:30 am on Saturday, Santa Cruz observatory recorded massive three-digit rains to the tune of 131 mm. However, rains were on the moderate side for Colaba which recorded just about 33 mm of rainfall. The suburbs of the city also saw heavy rains whereas Thane recorded a whopping 163 mm of rains.

Central Railway stated that, due to continuous heavy rain on July 07 and heavy rains forecast on July 08, the following trains have been cancelled or diverted.

So, if you are planning to travel on Sunday in Mumbai on personal work or business, you might want to keep the below mentioned trains in mind to avoid trouble.

Train number 11025 from Bhusaval to Pune express leaving on July 08 via Manmad-Daund.

Train number 11026 from Pune to Bhusaval express leaving on June 08 via Daund - Manmad.

Now, as per weathermen at Skymet Weather, on and off heavy rains are expected to continue for another 48 hours.

Central Railway said, “Passengers are requested to bear with the Railway Administration for the inconvenience caused.”