Mumbai Monorail between Wadala-Mahalaxmi back on track

The Mumbai Metropolitan Region Development Authority (MMRDA) said that it will now approach the state government for its approval on starting the Monorail operations. 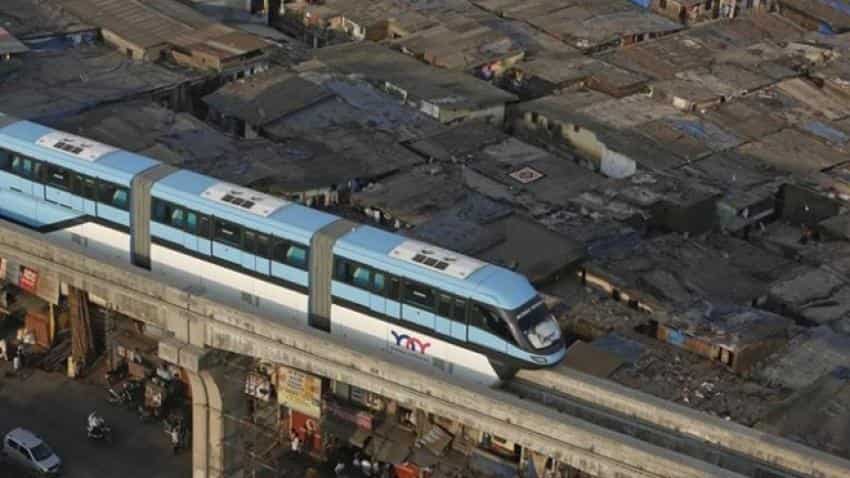 The Mumbai Metropolitan Region Development Authority (MMRDA) said that it will now approach the state government for its approval on starting the Monorail operations. Image source: Reuters

The second phase of Monorail between Wadala and Mahalaxmi received safety clearance from the Commissioner of Railway Safety (CRS) on Tuesday. The entire Monorail corridor between Chembur and Mahalaxmi is likely to be made operational by May or mid-June.

The Mumbai Metropolitan Region Development Authority (MMRDA) said that it will now approach the state government for its approval on starting the Monorail operations. Further, the CRS has given the safety clearance to MMRDA on the condition that various requirements like additional spare parts for coaches of Monorail are made available. Only after this can the corridor be made operational.

Sanjay Khandare, Additional Metropolitan Commissioner, MMRDA, said, “We got the safety clearance from CRS on Tuesday and we will be in a position to start the commercial operations of Monorail by May. There are certain conditions of CRS that will have to be complied with for which we have decided to buy spare parts directly from vendors through our operator, and we will directly make the payment to the vendors.” Khandare added, “Commuters will have to pay according to the revised fares that are between Rs 10, 20, 30 and 40 when the operations begin.”

According to MMRDA officials, the CRS is satisfied with the overall safety-related issues of Monorail including signalling and telecommunication but the CRS has certain apprehensions with regard to the less number of trains and procurement of several spare parts.

An official from MMRDA said, “We have been asked to store adequate spare parts and also fix a mirror on platforms so that the driver can see commuters boarding. After meeting these conditions and the state government’s approval, the whole corridor can be made operational for the general public.”