This will definitely solve those passengers problems who reside in both western and central railway lines. 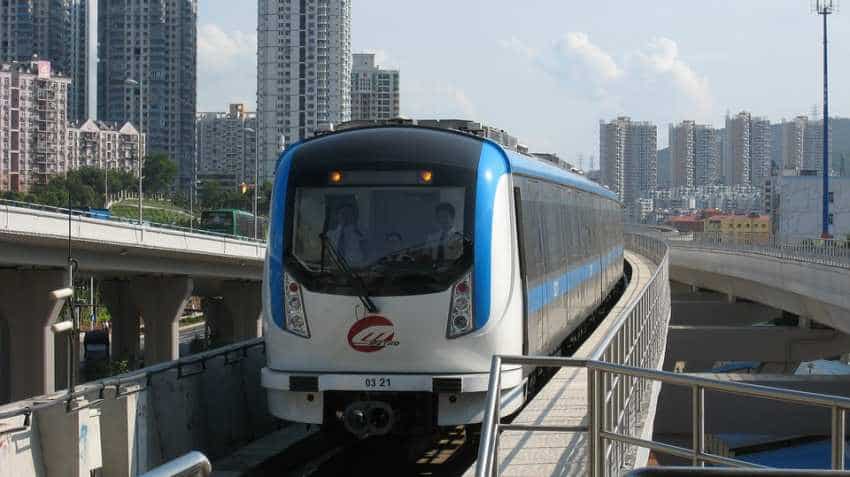 The supply of coaches will start from the end of 2020 and will be completed in about two years’ time, Image source: Pixabay

Good news awaits Mumbai local train passengers, as the Ministry of Housing & Urban Affairs has decided to enhance metro corridors and not only this, even connect a few stations as well. This will definitely solve those passengers problems who reside in both western and central railway lines.

BEML, a public sector undertaking of the Government has bagged a contract for Rs.3,015 crore for Mumbai Metro Corridor, and it is one of the largest orders of metro rail coaches in the recent times.

The award price per coach is less than Rs.8 crore which including spares, design, installation, and commissioning. It is record lowest in recent times. BEML was the lowest among seven bidders which included 6 internationally renowned bidders.

The supply of coaches will start from the end of 2020 and will be completed in about two years’ time. The project is being assisted by the Asian Development Bank and the procurement has been done following their guidelines and concurrence.

The order includes manufacturing of 378 Metro cars (63 Metro trains of 6 cars each) for Mumbai Metro Corridor 2A, 2B & 7. Metro line 2A will connect Dahisar to DN Nagar in Mumbai. Metro line 2B will run further from DN Nagar to Mankhurd via Bandra, and Metro line 7 from Dahisar to Andheri (east).

Coaches will have the best features as never before as it will be the Driverless train and fully Air conditioned with 6 coaches in per trains and each coach will have the carrying capacity of 300 passengers so in total the train will have carrying capacity of 1800 passengers in each train. Total number of trains which will be manufactured is 63 and the coaches will be manufactured in the BEML factory at Bengaluru.

BEML has earlier also supplied metro coaches in smaller numbers but along with an international player as a JV partner. It has now sub-contracted M/s Hitachi only for some designs. The coaches will be manufactured in the BEML factory at Bengaluru.

The Ministry of Housing and Urban Affairs (MoHUA) has made concerted efforts for indigenisation of metro rail systems in the country. For this, it has standardized the specifications for metro rolling-stock, signalling, telecom, electrical and civil components.

It has also adopted the Public Procurement Order, Make in India (PPO/MII) 2017, for metro rail systems. MoHUA has also stipulated that minimum 75% of the coaches procured against any tender have to be manufactured in India. Alstom, Bombardier, BEML, and Titagarh have set up manufacturing units in India.

As a result of the “Make in India” initiatives, the last two big procurement orders for rolling stock in India, floated on international competitive bidding model, have gone to Indian companies. This has also resulted in a substantial reduction in cost.