Mumbai Metro launches smart cards - From benefits to other details, all you need to know

Each of these banks has various benefits to offer the users, which includes cashback and loyalty points. 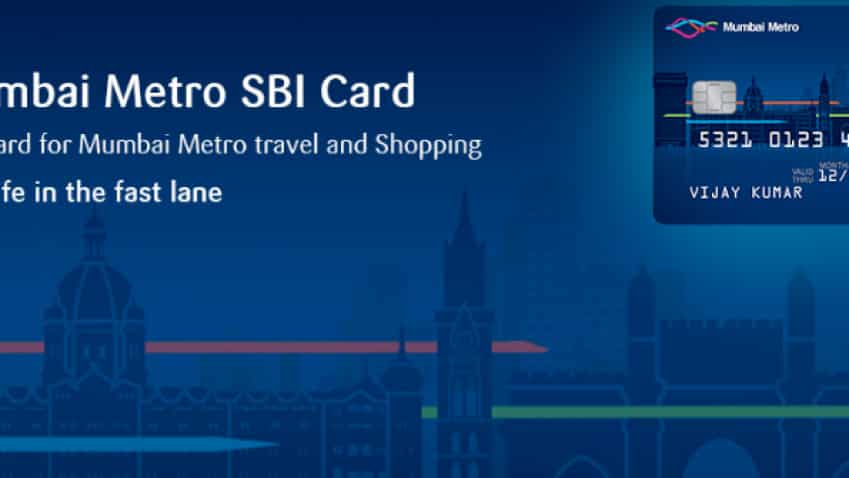 SBI offers reward points of 2000, on purchases made over Rs 2000 within the first 60 days. Photo: SBI Official Website

Mumbai Metro Smart Cards: Are you among the regular commuters of the Mumbai Metro? Then you have a reason to rejoice as your metro card has been updated and can now be used as a hybrid between being a metro card as well as a debit and credit card. The Mumbai Metro, run by Reliance has partnered with several private and public banks that offer their regular commuters with the Mumbai Metro smart card which incorporates dual purposes. Each of these banks has various benefits to offer the users, which includes cashback and loyalty points. Among the banks that have collaborated with Reliance Mumbai Metro are State Bank of India, Federal Banks and ICICI bank.

SBI Metro smart card can be used for both the metro as well as purchases made at various retail stores, at an annual fee of Rs 499. SBI card has a preloaded value of Rs 50. An individual can then recharge according to their needs. Moreover, SBI offers reward points of 2000, on purchases made over Rs 2000 within the first 60 days.
There is an automated top-up system available when the card balance reaches Rs 50. Further, one can avail 10 reward points per Rs 100 spent on auto top up.
SBI also gives its users the benefits of 10 reward points per Rs 100 spent on dining, movies, grocery and departmental stores whereas 1 reward points in other categories. 1% Fuel Surcharge Waiver across all petrol pumps, with a transaction between Rs 500 to Rs 3,000.

In collaboration with TMW Fintech, Federal Bank has launched two in one metro smart cards for commuters of the Mumbai Metro. A payment of Rs 50 is to be made to avail the card. Out of which, Rs 30 will be credited into the smart card. The card can be utilized as both trip pass or store value card, according to the consumer's requirement. A minimum of Rs 100 and a maximum of Rs 3000 can be stored in the smart card. Moreover, this card can also be used in various retail stores.

ICICI offers a variety of smart metro cards, both debit and credit variants. The debit variants also include the coral and platinum versions,  the latter offering auto recharge when the card balance falls to Rs 50, 20% discount on travel in the Mumbai metro and redeemable rewards.
In the case of its credit card, ICICI bank gives the commuters the benefit of auto recharge, 12.5% discount on travel and 4 payback points every auto recharge.

To get the SBI or the ICICI Metro smart cards, one needs to approach the respective banks. On the other hand, one can easily get the Federal Bank's Metro Smart card at their nearest metro station.