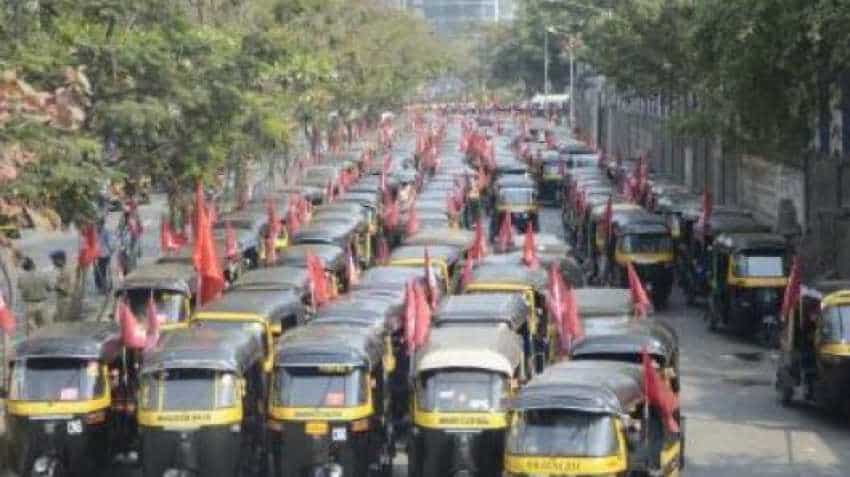 Auto-Rickshaw drivers in the financial capital of India, Mumbai have called for an  indefinite strike to fulfill their demands. Auto-Rickshaw Drivers' Union has called for a strike to fulfill demands that includes, hike in minimum auto fares and complete shutdown of Ola and Uber cab services in the state. Almost 12 lakh auto rickshaw-drivers started the strike in the intervening night of Sunday and Monday.

The commuters of Mumbai will have to face difficulties as there are as many 2.12 lakh autos, who will be on strike and won't be functioning at all in the state.

Here is the list of demands by Mumbai Auto Rickshaw Drivers Union:

1. An increase in the minimum auto fare.

3. Complete ban on Ola and Uber services in the state

4. To provide badges to those who have been driving autos for more than three years.

Mumbai Auto-Rickshaw Drivers' Union is the largest union of Mumbai city, and therefore, the strike is likely to affect many commuters across the state. The strike will be staged by the Union from 12 am tonight.

The unions have also demanded that schemes such as those related to medical benefit and pension be launched under the recently set up welfare board for auto drivers.