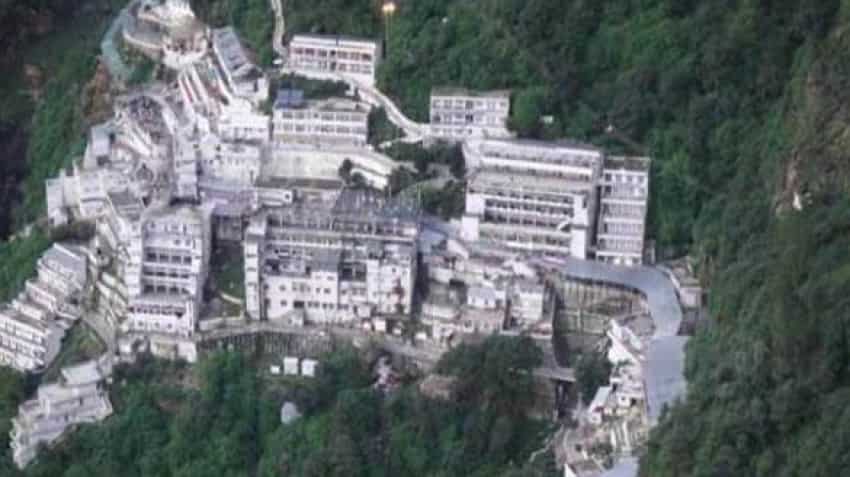 "The Governor advised the Shrine Board to take all possible steps to make the ropeway service hassle-free. PTI

Jammu: Jammu and Kashmir Governor Satya Pal Malik on Monday inaugurated a multi-crore high-tech ropeway project at Mata Vaishno Devi Shrine. Malik is also the Chairman of the shrine board.

"The Governor advised the Shrine Board to take all possible steps to make the ropeway service hassle-free.

"He particularly emphasized the rescue and relief part of the ropeway which, according to the Governor, should be of international standards," the statement said.

The project was completed at a cost of about Rs 85 crore, including its allied infrastructure and related pilgrim-centric facilities. It has a carrying capacity of 800 persons per hour, the statement said.

With the completion of the project, the pilgrims visiting the Holy Cave Shrine of Shri Mata Vaishno Devi will be able to fulfil their life-long wish of paying obeisance at Bhairon ji Temple which was earlier difficult, particularly for the elderly and specially-abled pilgrims owing to a steep climb to an altitude of 6600 ft.

"The Ropeway will also reduce the travel time of the one-way journey between Bhawan and Bhairon Temple from one hour to just about three minutes.

"The Board has decided to charge a highly subsidized to and fro ticket of Rs. 100 per passenger to enable the maximum number of pilgrims to avail of this facility," said the statement.

"The Bhawan-Bhairon Passenger Ropeway Project has been executed by a consortium of M/s Garaventa AG, Switzerland and M/s Damodar Ropeways Construction Co. (P) Ltd, Kolkata, under the consultancy and overall supervision of M/s RITES Ltd.

"The electro-mechanical components and cabins of the ropeway have been imported from Switzerland. The Passenger Ropeway System has been fully equipped with all safety norms as per relevant standards and code," the statement said.

Vaishno Devi alert! Reopened for devotees after almost 5 months - All you need to know

Planning to visit Mata Vaishno Devi? You've to cancel the trip - Here is why