Notably, Mukesh Ambani is now not only the first Indian, but also the first Asian to be in the top 10 global rich list. 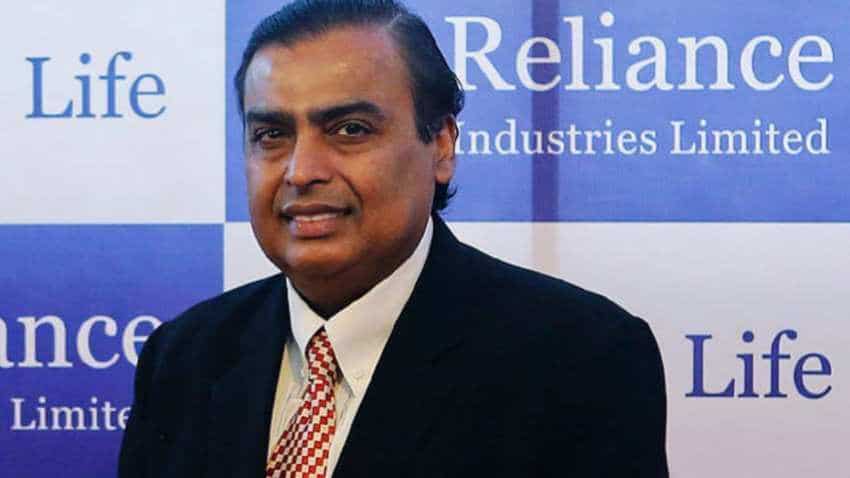 The list mentioned that, Bezos and Ambani led the charge, adding $24 billion and $9 billion. Photo: Reuters

The Hurun Global Rich List for 2019, showed that Reliance Industries Limited Mukesh Ambani’s wealth stood at $54 billion rising by 20% on yearly basis. This led to Ambani’s rank now at 8th position on similar lines with Google’s founder Sergey Brin whose net worth also stands at $54 billion. From the list, 6 billionaires were from US under top 10. The list mentioned that, Bezos and Ambani led the charge, adding $24 billion and $9 billion. The Amazon-founder once again took the first spot with wealth $147 billion. Just like Ambani, Bezos wealth also rose by 20%.

Notably, Ambani is now not only the first Indian, but also the first Asian to be in the top 10 global rich list.

Hurun’s list stated that, the only Asian in the Top 10, Ambani’s wealth is based on telecom, retail and energy, and bucked the poor stock market trend in India in the last year. Ambani’s flagship Reliance Jio Infocomm announced the launch of international roaming between India and Japan, a first for India’s 4G mobile operators to provide VoLTE-based international roaming services in India. The company expanded its investment in the Entertainment sector with acquisitions worth US$700mn in Hathway and Den.

Also, the Hurun’s list made a comparison between Ambani brothers. According to them, both Mukesh Ambani and Anil Ambani started with similar amounts after inheriting from their father, but while Mukesh has added $30 billion in the past 7 years, his brother Anil has lost over $5 billion, from US$7bn seven years ago to $1.9 billion  this year.

With $54 billion, Ambani of Reliance is the richest person in India. Pharmaceuticals, TMT and FMCG led the way, with 18, 15 and 10 billionaires each. Mumbai and New Delhi are the billionaire capitals of the country with 42 and 25 finding residence there.

Now that everything is said and done, Ambani currently rejoices the 8th spot. But guess what, Ambani is set to become more rich, as RIL is seen as money making machine on exchanges ahead. If you are planning buy stocks, this is why you should look for RIL.

Here’s what experts believe for RIL!

Harshad Katkar and Srinivas Rao, Research Analysts at Deutsche Bank said, “Improving monetization and significant subscriber additions should drive value unlocking in the telecom business. RIL’s EBITDA should grow at a 27% CAGR over FY18-20E, driven by contributions from capacity additions in its core businesses, improvement in refining margins and monetization of the telecom business. The stock factors in INR75/share in equity value for RIL’s equity stake in the telecom venture vs. our estimated NPV of INR221/share; reiterating Buy.”

Sachin Salgaonkar, Anuj Singla and Sanjay Mookim, Research Analysts at BofAML said, “The new information from the results was the mgmt.’s commentary that post tower & fibre separation, corresponding debt associated will move into the respective subsidiary. The new entity would eventually be spun-off and not be consolidated. RIL balance sheet is expected to be stronger post transaction. RIL is open to sharing fibre at fair prices and clarified that most towers are not monopoles.” The trio has given a price target of Rs 1,430 per piece ahead.

Anil Sharma and Ravi Adukia analysts at Nomura said, “ We expect the company will be a key beneficiary of upcoming IMO regulation changes. Petchem continues to do well. New ethane crackers starts in US, with lower oil prices, profitability of ethane/gas based crackers may reduce. However, reliance can benefit from its feedstock flexibility. Management remains optimistic on strong profitability on Naptha-based petchem. Pace of growth in both Retail and Jio continues to surprise. In near term, focus will be on Tower/Fibre business de-merger and monetisation. ” A price target of Rs 1,480 is set by Nomura.