The terminal is stated to have a capacity of 300 passengers at a time, and for security purpose, more than 50 policemen have been deployed after providing them with special training. 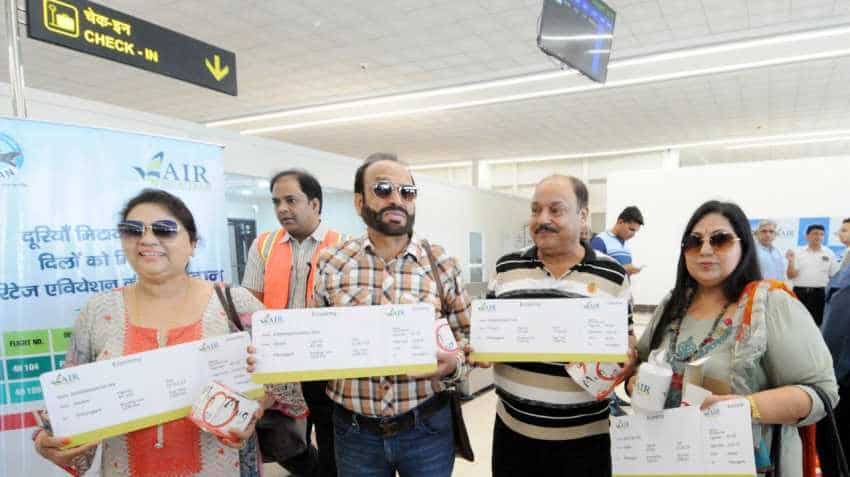 Residents of Ghaziabad, as well as western Uttar Pradesh, have got a special gift ahead of Diwali, as the first nine-seater flight for Pithoragarh was inaugurated from Hindon airport on Friday. The flight under central government's Udan scheme has also lessened the distance between Pithoragarh in Uttarakhand and Delhi to merely two hours, including one hour from Ghaziabad to Delhi. Earlier people had to spare 17 hours to reach Delhi from Uttarakhand.

With the commencement of the airline services from Hindon airport, residents of Delhi-NCR and Western Uttar Pradesh will be able to take flights for Shimla, Faizabad, Nashik and Hubli. This will also decongest Delhi airport, as people from Western UP will have the option to board an aircraft with 80 passengers.

The terminal is stated to have a capacity of 300 passengers at a time, and for security purpose, more than 50 policemen have been deployed after providing them with special training.

Heritage Aviation is privileged operator to begin the first flight to Pithoragarh, costing Rs 2500 per passenger. Heritage plans to have six flights a week on Hindon-Pithoragarh sector, as the airline won bids to operate two daily flights on this sector and may do so when the second aircraft joins the fleet in a month.