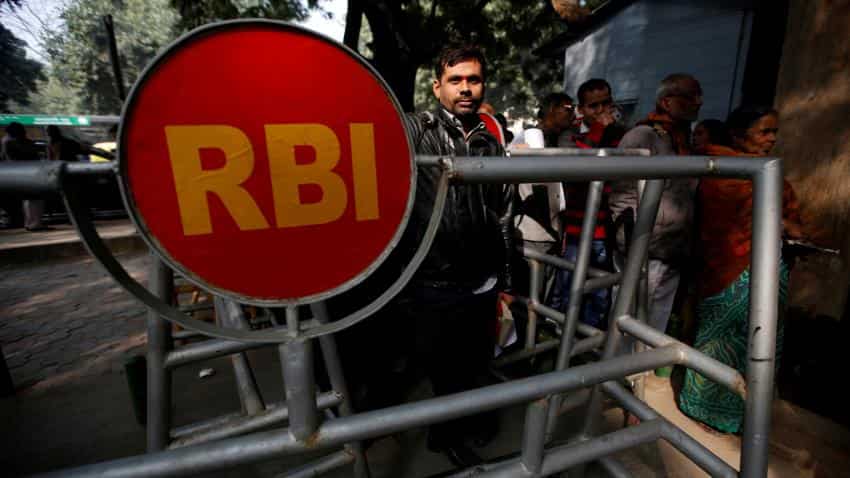 In its sixth bi-monthly monetary policy the Reserve Bank of India (RBI) did not cut interest rates for the fifth month in a row. Image Source: Reuters
Written By: ZeeBiz WebTeam
RELATED NEWS

In its sixth bi-monthly monetary policy the Reserve Bank of India (RBI) did not cut interest rates for the fifth month in a row on Wednesday.

Here are a few reasons why RBI maintained status quo:

“Consumer price index (CPI) turned down sharper than expected in December and reached its lowest reading since November 2014. This outcome was driven by deflation in the prices of vegetables and pulses,” RBI said.

However the central banking body further added, “Excluding food and fuel, inflation has been unyielding at 4.9 per cent since September. While some part of this inertial behaviour is attributable to the turnaround in international crude prices since October – which fed into prices of petrol and diesel embedded in transport and communication – a broad-based stickiness is discernible in inflation, particularly in housing, health, education, personal care and effects (excluding gold and silver) as well as miscellaneous goods and services consumed by households.”

RBI said that post demonetisation its money market operations has been in ‘liquidity absorption mode.’

As demonetisation presented a cash crunch the RBI maintained status quo on interest rates in December.

“The large overhang of liquidity consequent upon demonetisation weighed on money markets in December, but from mid-January rebalancing has been underway with expansion of currency in circulation and new bank notes being injected into the system at an accelerated pace,” RBI said.

RBI added, “…demonetisation-induced ease in bank funding conditions has led to a sharp improvement in transmission of past policy rate reductions into marginal cost-based lending rates (MCLRs), and in turn, to lending rates for healthy borrowers, which should spur a pick-up in both consumption and investment demand.

3. Global growth is projected to pick up modestly in 2017:

The RBI said that it expects advanced economies to build upon the slow gathering of momentum that started in the second half of 2016, led by the US and Japan.

However, uncertainty surrounds the direction of US macroeconomic policies with potential global spillovers.

Due to the new US administration under President Donald Trump and the decision of Brexit there was volatility in international markets, RBI said.

They further added, “…the appetite for risk has returned in AEs, buoying equity markets and hardening bond yields as a response to the growing likelihood of further increases in the Federal Funds rate during the year.”

“The Central Statistics Office (CSO) released its advance estimates for 2016-17 on January 6, placing India’s real GVA growth at 7.0 per cent for the year, down from 7.8 per cent (first revised estimates released on January 31) a year ago,” RBI added.

Since the GVA measures goods and services produced in an area minus intermediate consumption the RBI said that agricultural posted strong pick-up. However the central banking bureau said that industrial sector and service sector was pulled down due to deceleration and loss of pace in trade and other services.

“Industrial output measured by the index of industrial production (IIP) finally shrugged off the ‘drag’ from insulated rubber cables from November and was also pushed up by a favourable base effect,” RBI said.

IIP rose to 5.7% in November from a contraction of 1.8% in the previous month, which was the fastest it has recovered in 13 months.
RBI also spoke of the rising purchase manufacturing index (PMI) which was 50.4 in January from 49.6 in December.

“Reflecting these developments, the manufacturing purchasing managers’ index (PMI) returned to expansion mode in January on the back of growth of new orders and output, and the future output index has risen strongly,” the RBI added.