India's first ever bullet train from Mumbai to Ahmedabad will cover a distance of 508 Km in two hours. With only 12 stops between the stations a portion of this train will be under the Thane Creek. 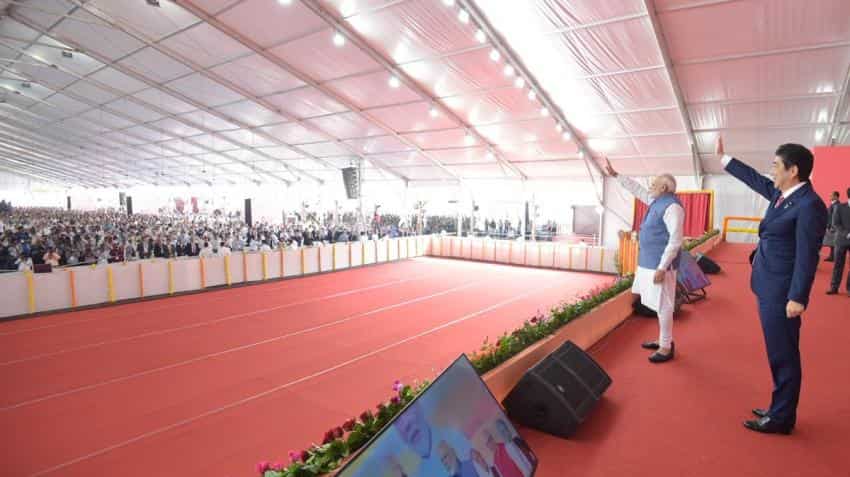 Had the honour of taking Mrs. Abe and PM @AbeShinzo to the Sabarmati Ashram & showing them this iconic place. pic.twitter.com/RFsFA8KpHg

The train which is expected to cut the travelling time from Mumbai to Ahmedabad down to two hours from the current eight hours is cited to be ready six years from now by December 2023.

However the government said it was planning on having the train up and running a year earlier.

“All-out efforts will be made to complete it by 15th August 2022,” the government said

The bullet train using ‘new Shinkansen Technology by the Japanese,’ is expected to run at a stunning speed of 350kmph.

A portion of the train will also travel underground under the Thane Creek, the government said. This would be the ‘longest tunnel 21 KM switch 7 KMs undersea.’

“Underground station Mumbai, all others elevated,” the government said adding that the corridor has been elevated for safety and land economy.

The total cost of the project has been estimated to be at Rs 1.08 lakh crore. “81% of the project cost by Japanese soft loan at 0.1%per annum with repayment period 50 years–including grace period of 15 years.”

Watch the video to see the operations of the bullet train.