Raamdeo Agrawal said that PM Modi should prioritise on manufacturing if he wants to compete with our neighbourly nation China. 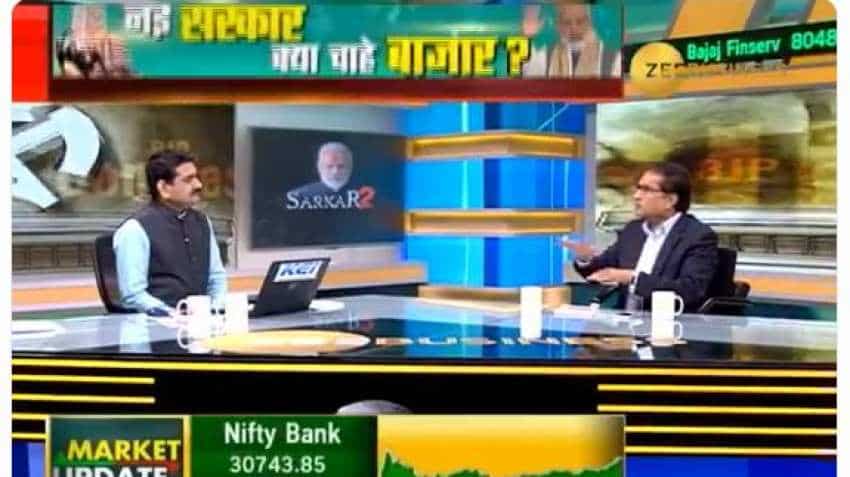 The BJP-led NDA's decisive victory in the Lok Sabha elections 2019 under the leadership of Prime Minister Narendra Modi has created another wave of expectations for major change in the country's economy as well as other spheres. To discuss such issues, especially the novel steps to be taken by the next government, Zee Business' Managing Editor Anil Singhvi spoke to Raamdeo Agrawal, Co-Founder, Motilal Oswal Financial Services, about the steps Prime Minister should take.

Raamdeo Agrawal, who has been a keen spectator to stock markets as well as election process in the country for about three decades, said that PM Modi should prioritise on manufacturing if he wants to compete with our neighbourly nation China. For that, he says "if we want to compete with China, in terms of labour cost, we need to create infrastructure at another level."

Citing the US-China trade war, he said that America can produce plastic balls or toys, but it has to bear the labour cost at the rate of $35 per hour, while China pays $2.5 per hour, and India's labour cost stands at $1.5 per hour. "Unless we are able to exploit labour at this cost, we can't compete with China."

Talking about the government's digitisation initiative, he said, "In software there was nothing, they managed to create a new architecture."

He said the government style of functioning is different. "If they decide, they will accomplish it at a mammoth scale that private sector can't even think of. For eradication of polio, they covered miles, therefore, once they decide then they complete it also."

Talking about the creation of jobs on mammoth scale, he said if 50 to 100 small enterprises are able to run, they will provide more jobs, as in each unit they will have more manpower. Besides, they will also pay GST and other taxes like service tax etc.