Implementation of policies based on this Sankalp Patra will lead to higher earnings even in stock markets. 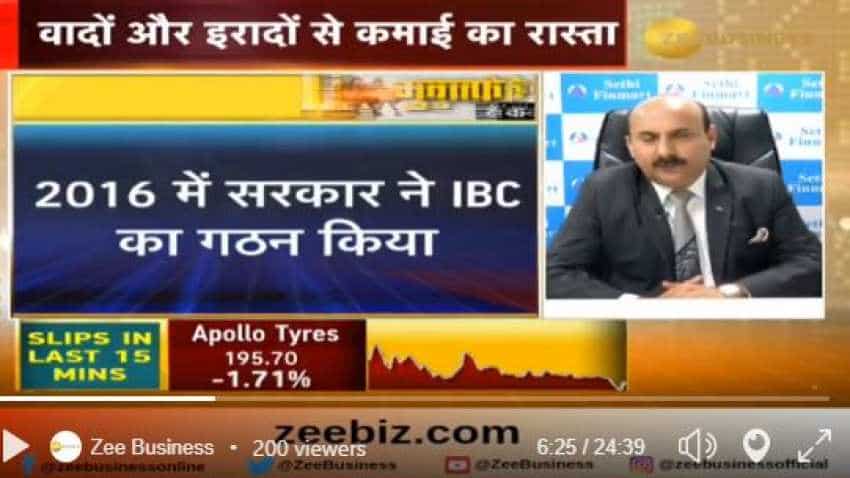 When the government took over under Prime Minister Narendra Modi, the repo rate was 8% but it has been reduced to 6%. Image source: Zee Business

The new NDA government under the leadership of Prime Minister Narendra Modi is expected to boost pace of growth. BJP Sankalp Patra (manifesto) has made several promises ahead of the general elections. Implementation of policies based on this Sankalp Patra will lead to higher earnings even in stock markets. Zee Business TV report says that whatever steps the government is expected to take now will affect financial stocks, including banking and NBFC sector, which has been a backbone of sorts for the stock market. But in the wake of failure of certain firms, leading to jump in NPAs, investors started losing faith in Banking and NBFC stocks.

What happened in financial sector in the last five years

The government focus was no doubt on Public Sector Banks (PSBs) and on cleaning their books so as to reduce NPAs. In three financial years, from FY15 to FY18, NPAs witnessed a growth of 4 times leading to increased NPAs of Rs 10 lakh crore, said the Zee Business report. It added that there were several PSBs facing this situation, especially 11 banks, therefore the RBI adopted prompt corrective action (PCA) to check NPA growth.

Infusion of liquidity
Further, since banks did not have adequate capital, the government's top  priority was to extend liquidity in PSBs, therefore, capital of Rs 2 lakh crore was infused in banking sector, besides forming Insolvency and Bankruptcy Code (IBC) to correct this situation. Now, positive results have started come in, the IBC impact will be seen in the coming days.

One major step in the last regime was taken to extend banking facility through Jan Dhan Yojna along with several steps for consolidation of banks, said the report, adding that Vijaya Bank, Dena Bank also merged with Bank of Baroda under the said move. One more path breaking decision was to change earlier Benchmark Prime Lending Rate (BPLR) into Marginal Cost of fund based lending rate (MCLR).

Changes at the top at RBI
The Modi government remained in discussion due to changes in RBI governors as Raghuram Rajan followed by Urjit Patel left over alleged tiff with government over certain issues and finally former bureaucrat Shaktikanta Das took over the apex bank in December 2018.

When the government took over under Prime Minister Narendra Modi, the repo rate was 8% but it has been reduced to 6%. Among the most important incidents was IL&FS default, giving a blow to NBFC as well as banking sector. Private banks also witnessed bad phase as ICICI Bank and Axis Bank's top management including Chanda Kochhar and Shikha Sharma, had also to leave the organisation, the report added.

On the financial sector

Market expert Vikas Sethi of Sethi Finmart, when asked about whether he finds value in banking and NBFC stocks in coming days, said that no doubt, the last 5 years have witnessed ups and downs in this space, especially in the wake of IL&FS fiasco, Nirav Modi case putting a pressure on PNB and now Jet Airways, along with Gitanjali. In manufacturing sector, especially power and steel, were also stressed leading to growth of NPAs and liquidity crunch at banks.

"Banks had to bear the losses, and in NBFC space barring a few top firms, there was a pressure on the rest of companies, but things are changing for the better as the government is ready for recovery of NPAs. This will definitely improve asset quality of banks in coming days, and in current valuation there are many stocks looking positive in this sector," Sethi added.