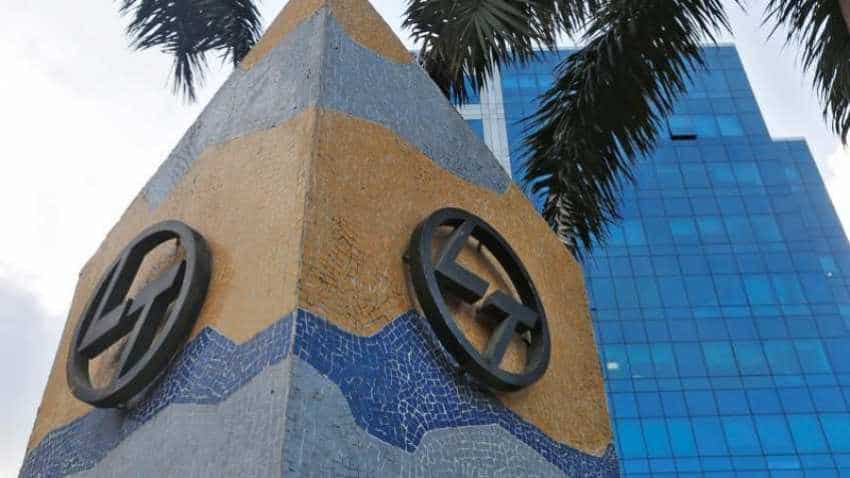 Overall, the cost of acquisition for L&T is seen to be at Rs 10,733 crore, as per L&T filing. Photo: Reuters
Written By: ZeeBiz WebTeam
RELATED NEWS

An open offer has been made to Mindtree, which has created shock wave among the IT-service providers management. This offer has been made by infrastructure-giant Larsen & Toubro, after the company in a filing to exchanges revealed it entered an agreement with V G Siddhartha and his related entities namely, Coffee Day Trading Limited, Coffee Day Enterprises Limited, to acquire 20.32% stake in Mindtree. Under this deal, L&T will purchase Siddhartha's stake for Rs 980 per piece, which will result in Rs 3,269 crore transaction value. This would lead to Siddhartha's exit from Mindtree. However, L&T has made further offers to acquire more stake. This has been opposed by Mindtree management. However, even though Mindtree management have opposed this deal by calling it completely hostile, L&T is now standing at a very sweet spot even though there is risk involved related to the acquisition. Interestingly, analysts are indicating that L&T may even merge its tech-subsidiary L&T Infotech with Mindtree.

L&T’s deal with Siddhartha involves acquisition of 3,33,60,229 equity shares of Mindtree aggregating to 20.32% of the paid-up equity share capital of Mindtree at a price of Rs 980 per share.

Axis Capital and Citigroup Global Markets are appointed as Lead managers for the open offer of L&T.

Coming back to L&T, Ravi Menon and Ashish Agrawal analysts at Elara Capital said, “ We believe this will inevitably lead to a merger of LTI and Mindtree, as L&T is unlikely to retain two listed entities with complementary capabilities in the same industry.”

The duo said, “We do not expect significant cost synergies from the merger, but expect improved win rates for the combined firm and a broader pipeline as it will get featured in the default invite list for additional deals.”

However, honchos at Mindtree are not excited about the deal. In fact, the company’s promoter Krishnakumar Natarajan (executive chairman), Subroto Bagchi (co-founder), Rostow Ravanan (CEO) and Parthasarathy N.S. (executive vice chairman and COO), have even issued a statement indicating they are opposed to it.

In the statement, they said, “The attempted hostile takeover bid of Mindtree by Larsen & Toubro is a grave threat to the unique organization we have collectively built over 20 years.We remain 100 percent committed to our long-term vision of building an independent company. We believe it’s in the best interests of our shareholders, Mindtree Minds, and our organization overall to continue opposing this takeover attempt.”

On the Mindtree promoter statement, analysts at Elara said, “We expect L&T to force a merger via shareswap with an attractive swap ratio. We expect a swap ratio that could imply 20-23x FY20E P/E to Mindtree (or an implied price of INR 1,050 to INR 1,200/share for Mindtree). We do not expect an all-cash deal as delisting will be difficult, given Mindtree management’s 13.3% shareholding will prevent L&T from reaching the 90% threshold to force delisting. A share-swap also will have added attraction of diluting the L&T stake in LTI and improving liquidity of LTI.”

Despite the obvious integration risks and possibility of some senior and middle management exits in the event of a hostile takeover of Mindtree by LTI, analysts at Elara say, “we think the combined entity will be in a sweet spot with scale in almost all major verticals, barring healthcare.”