MAYHEM ALL AROUND: SGX Nifty tanks over 3%; gap-down opening expected 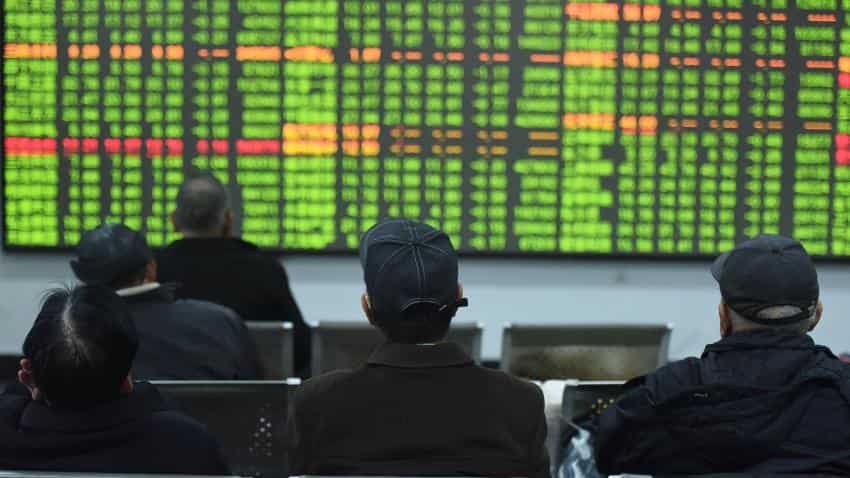 The crash came after overnight on Wall Street, US stocks plunged in highly volatile trading, with both the S&P 500 and Dow Industrials indices slumping more than 4.0 percent, as the Dow notched its biggest intraday decline in history with a nearly 1,600-point drop and Wall Street erased its gains for the year.

MSCI’s broadest index of Asia-Pacific shares outside Japan dropped 2.8 per cent to one-month low, which would be its biggest fall in more than a year and a half, a day after it had fallen 1.6 per cent.

The trigger for the sell-off was a sharp rise in US bond yields following Friday’s data that showed U.S. wages increasing at the fastest pace since 2009, raising the alarm about higher inflation and with it potentially higher interest rates.

“For the last several months, whether it’s stocks or commodities, risk-takers had been the winners. And that’s what hedge funds, which now manage $3.2 trillion, have been doing,” Mitsubishi UFJ’s Fujito said.

“Their leveraged position is now being unwound. And it seems as though there are still some people who haven’t run away (from the sell-off) yet. I would expect more instability,” he added.

Yoshinori Shigemi, market strategist at JPMorgan Asset Management, said the spectre of inflation will gradually undermine the attraction of equities even though the markets could rebound in the short-term.

“In the end, the Fed will have to hike rates. And if it doesn‘t, long-dated bonds will be sold off on worries about inflation. Either way, that is going to slow down the economy. Rising wages also mean corporate profit margins will be squeezed gradually down the road,” he said.

Keen to avoid further risk, investors are closing their positions in other assets, including the currency market where a popular strategy has been to sell the dollar against the euro and other currencies seen as benefiting from higher interest rates in the future.

Against the yen, which is often used as a safe-haven currency because of Japan’s solid current account surplus, the dollar slipped to 109.05 yen, having lost one percent on Monday.

Investors also dumped junk bonds, with the yield of Merrill Lynch U.S. high yield index rising to 6.017 percent from 5.964 percent at the end of last week.

Still, it was far below its 2016 peak just above 10 percent, when low oil prices hurt energy firms.

Oil prices also dropped, with international benchmark Brent futures hitting a one-month low of $66.90 per barrel on Monday. It last stood at $67.02.