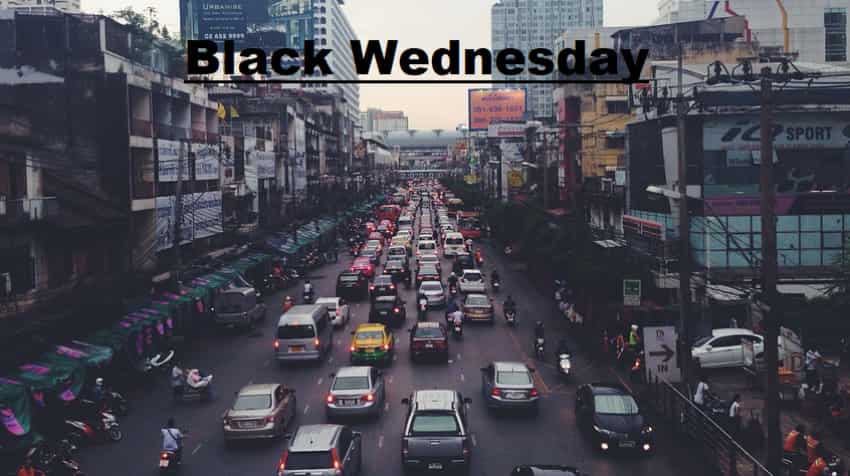 Nothing seems to go well in auto stocks and even beginning of new year 2019 is adding more woes to this sector. Photo: Pixabay

Maruti Suzuki, Tata Motors, Mahindra and Mahindra, Eicher Motors. All iconic brands and Indians have definitely showered much love on them. So, is this the right time to make money from them? Yes, investors have lost hefty amounts, but should they buy now to get enriched?  Okay, so which are the least favorite stocks on exchanges today? Well the answer would be auto stocks as they witnessed breathtaking selling pressure from investors. Nothing seems to go well in auto stocks and even beginning of new year 2019 is adding more woes to this sector. Both benchmark indexes are on negative trend, with Sensex losing nearly 450 points trading below 36,000-level, whereas Nifty 50 gave away a massive 150 points and fell below 10,800-mark. One of the reasons for the bloodbath in these two indices can be attributed to the beating auto stocks are facing. To investors horror, Nifty Auto has plunged by nearly 3% trading at 8,910.20. On the other hand, S&P BSE Auto nosedived by 627.40 points or 3.03% trading at 20,098.93. Almost every stock in this sector was on hotbed.

One of the major reason for decline in auto stocks could be weak sales witnessed by major companies of this sector. Many auto companies have released their sales for the month of December 2018.

Even UV segment having cars like S-Cross, Vitara Brezza, Ertiga and Gypsy gave single-digit growth as sales stood at 20,225 units higher by 4.9% versus 19,276 units in December 2017.

Hence, investors are under panic mode to what will happen in auto stocks in 2019 ahead, as 2018 turned out to be not so good year for this sector.

The trend of muted consumer sentiments continued in December 2018, impacting the sales performance of Tata Motors Commercial and Passenger Vehicles Business in the domestic market, which dropped by 8% at 50,440 units as against 54,627.

In December 2018, liquidity crisis in the industry, higher interest rates and rising fuel costs continued to impact the commercial vehicle sales, with M&HCV and I&LCV segment witnessing a decline while the passenger vehicle business bounced back. The cumulative sales for the domestic market (April-December 2018) was at 497,972 units compared to 398,764 units over last year, a growth of 25%.

This company’s two-wheeler superstar Royal Enfield witnessed 13% drop in December 2018 sales with 58,278 vehicle being sold compared to 66,968 units recorded in same month a year ago.

For April - December 2018 period, a total 629,936 Royal Enfield bikes have been sold which recorded single-digit growth of 6% versus 593,450 units in the corresponding period of previous year.

Should you invest in auto stocks?

In Motilal Oswal’s view, “ Demand remains weak in Dec-18, led by deferral in purchase due to the constraints in vehicle financing and the impact from an increase in axle load capacity. This apart, the base remains high due to pre-buy in Dec-17 ahead of the implementation of mandatory ACs/air blowers. However, LCV volume growth remains respectable, with wholesale estimated to grow at ~4%. We expect CV wholesales to decline 10-12% YoY, primarily led by the M&HCV segment (our estimate: -19-21% YoY).”

Analysts at Kotak Institutional Equities said, “Weak festive season and need for reduction in dealer inventory levels impacted OEM’s dispatches in December 2018. As per our checks, demand is still subdued across most segments due to weak consumer sentiment, which would impact industry volumes over the next few months.”

Considering this, Motilal says, “Our top picks in autos are MSIL, EIM and MSS among large caps, and EXID and ENDU among midcaps.”

While Kotak explains that, they see downside risks to our FY2019E volume estimates for most companies, particularly for four-wheeler OEMs (Ashok, M&M and Maruti) and Eicher; we note that our two-wheeler industry volume estimates are already below Street expectations.