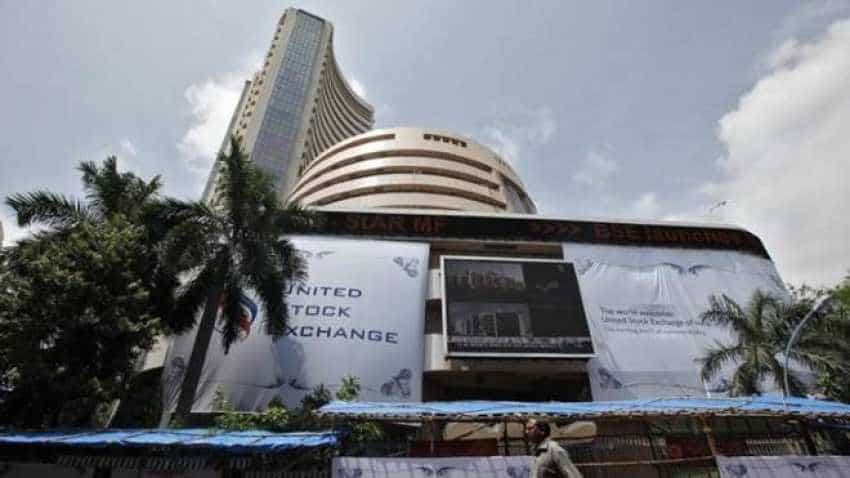 Taking a breather from the gains on four straight trading sessions, the BSE Sensex slump by 106.41 points to 36,106.5 while Nifty went southward by 33.55 points to 10,821.6, below the psychological 10,850 levels. Banking stocks continued to surge while metals, energy and infra sector stocks saw huge correction on Thursday in intraday trade. The show stopper of today's intraday trade was VA Tech Wabag that emerged top gainers among all listed stocks with a huge appreciation of around 15 percent followed by Linde India, RCF, HCC and GET&D with the rise in their prices by around 9 percent, 6.5 percent, 6.3 percent and 6.1 percent respectively. Among top losers, Tata Steel continued leading the index by shedding near 10 percentage points from its Wednesday close. Among top loser shares, Tata Steel was followed by Orient Cement, DB Corp and IDBI that shed around 3.5 percent, 3.3 percent and 3.2 percent respectively.

Expressing his view on markets in written statement Pradeep Kumar Kesavan, Chief Financial Analyst at Elara Securities said, "Banking sector stocks will drive the Indian indices movement while energy and auto sector shares will continue to drag the markets as they have done in the last quarter ended December 2018," adding "After analyzing our coverage universe (162 companies) — 61 large  caps and 43 mid caps — pour study findings suggests that underlying business conditions are improving in favor of mid cap companies, with 24 percent sales growth and 26 percent PAT growth vs large cap companies, with 18.7 percent sales growth and 5.7 percent PAT growth. Both large and mid caps are feeling pressure at the operating margin level, with EBITDA margin likely to contract by 1.5 percent and 7.2 percent for large and mid caps, respectively."

Asian bourses too saw correction after gaining for four straight sessions. Japan's Nikkei closed 1.29 percent below, Kospi went southward by near 0.7 percent but Hang Seng index went up by around 0.22 percent.