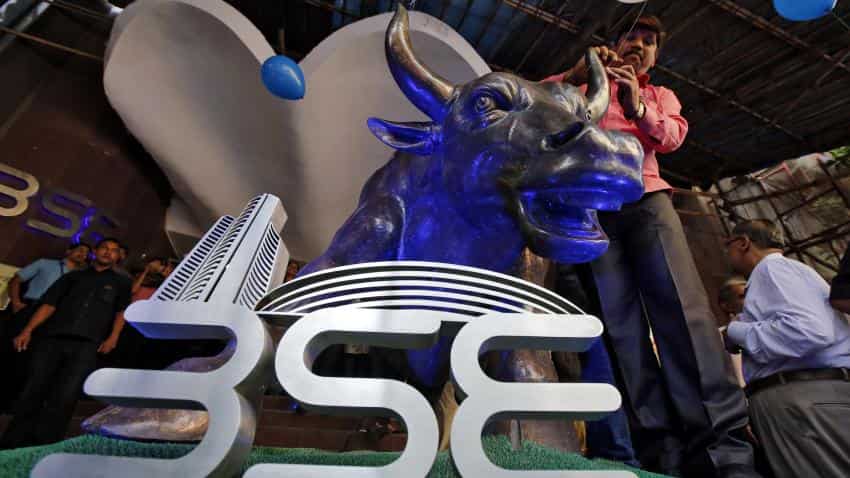 The benchmark indices pared most intraday gains, but settled at record closing highs in Thursday's session. The gains narrowed in last leg of the trade as investors booked profits in high-flying banking stocks, following news reports that the government would increase the foreign investment limits for banks.

In the broader market, the S&P BSE Midcap and the S&P BSE Smallcap indices underperformed and shed 2 per cent and 1.7 per cent, respectively.

Market breadth, indicating the health of the market, remained significantly negative with 2,259 stocks declining on the BSE against just 698 advances. As many as 127 stocks remained unchanged.

Among individual stocks, ITC, Indiabulls Housing Finance and HDFC Bank gained the most on the Nifty.

"Government’s plan to not widen the net borrowings gave additional legs to market that has been pricing in the potential for further fiscal deficit slippage. FDI plans for banks and GST meeting also meant that indices opened with a gap up, but such successive days of record peaks attracted profit-booking, following a mixed bag of earnings and approaching derivatives expiry," said Anand James, Chief Market Strategist, Geojit Financial Services.