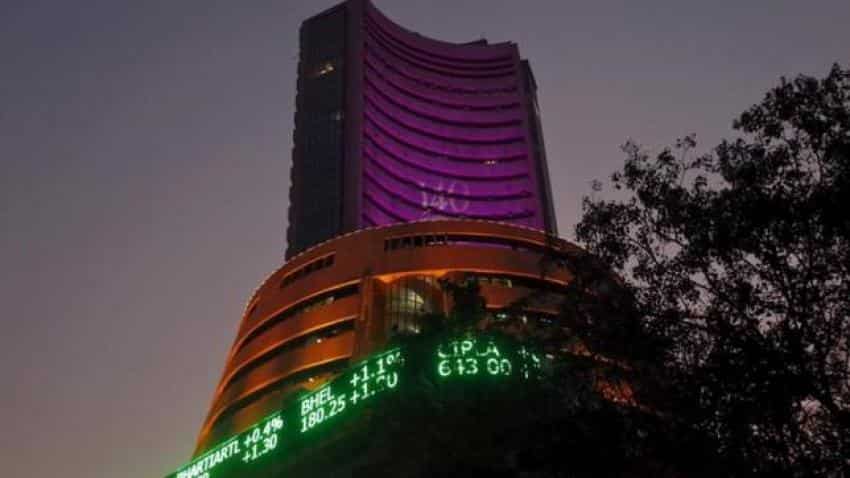 Massive outflow of foreign funds, along with rupee depreciation and political bickering over the government`s recent demonetisation move, plunged the key Indian equity markets by around 2.50 % during the just-concluded week.

Besides, gains were capped on the back of heightened chances of a US rate hike, coupled with dour investor sentiments over the recent victory of Donald Trump in the US Presidential Elections and erosion of investors` outlook over a rebound in corporate performance.

"Domestic market witnessed one of its biggest roller-coaster rides with the win of Donald Trump in the US election and demonetisation of high value currency notes in India by the Modi-led government," D.K. Aggarwal, Chairman and Managing Director, SMC Investments and Advisors, told IANS.

The confidence of domestic investors was eroded during the truncated trading week after US Federal Reserve Chairman Janet Yellen signalled a possible rate hike in December.

The Indian equity markets were closed on November 14, Monday on account of Guru Nanak Jayanti.

A hike in US interest rates can potentially lead foreign portfolio investors (FPI) away from emerging markets such as India. It is also expected to dent the business margins of the corporate sector as access to capital from the US will become more expensive.

In sync with domestic equities markets, the Indian rupee, too, weakened to its lowest level in the last nine months.

It depreciated by 88 paise to 68.14 against a US dollar from last week`s close of 67.26, as the dollar index gained worldwide.

According to Anindya Banerjee, Associate Vice President for Currency Derivatives with Kotak Securities, the rupee declined in line with other emerging market currencies on the back of the rise in US bond yields.

"Heavy intervention by the RBI (Reserve Bank of India) was noticed on both the exchange side and the spot market front. This has been a feature throughout the week," Banerjee told IANS.

"The demand from traders and the off-shore funds kept the rupee weak. The rupee closed at a new nine-month low on a closing basis on Friday."

As per Dhruv Desai, Director and Chief Operating Officer of Tradebulls, even the slow replenishment rate of new currency notes weighed on investor morale.

However, the benchmark indices got some support as investors expected a monetary policy easing in December after October`s retail and wholesale inflation data points showed a slowdown.

"Investors got some comfort as India`s Consumer Price Index eased to 14 month low of 4.2 % in October, raising hopes that the RBI may cut interest rates in its monetary policy review next month," Desai said.

But the massive outflow of foreign funds dragged the equity markets lower.

In terms of investments, provisional figures from the stock exchanges showed a massive outflow of Rs 6,221.11 crore in foreign funds.

Figures from the National Securities Depository (NSDL) disclosed that foreign portfolio investors (FPIs) were net sellers of equities worth Rs 6,666.11 crore, or $985.91 million from November 15-18.

"FIIs have been net sellers of Indian equities in all of the 4 trading sessions since 10th November, 2016."