Anil Singhvi, Managing Editor, Zee Business, says people invest in two stocks and they are L&T and ITC. The next two-three years are going to be very strong for L&T in the backdrop of India’s infrastructure story 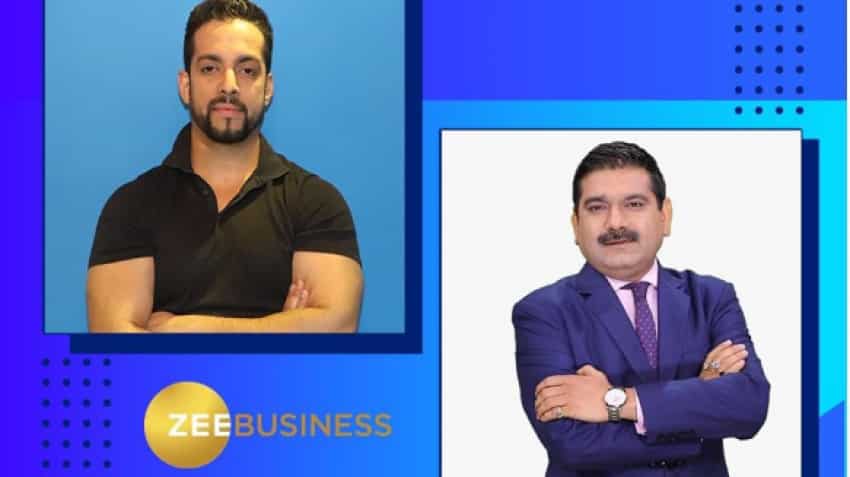 During a candid radio chat with RJ Salil Acharya, Radio City, 91.1 FM, Mr Singhvi, said the traders can book profits in the last week of October as he expects that the market will go up from these levels
Written By: Jitesh Kumar Jha
Edited By: ZeeBiz WebTeam
RELATED NEWS

Anil Singhvi, Managing Editor, Zee Business, says people invest in two stocks and they are L&T and ITC. The next two-three years are going to be very strong for L&T in the backdrop of India’s infrastructure story. During a candid radio chat with RJ Salil Acharya, Radio City, 91.1 FM, Mumbai, Mr Singhvi, said the Traders can book profits in the last week of October as he expects that the market will go up from these levels as well.

Starting the chat, RJ Salil said, the banks you named last time, ICICI Bank, Federal Bank and HDFC are doing very well. So in such a rosy picture, there is a little fear, because many things related to the American stimulus package is going well. He asked, do you feel that we should cool

down and book some profit. And, Mr Singhvi replied to it with a statement, the first thing is that your name should be changed from Salil to Abdul, ‘Naam Abdul Hai Mera, Sabpe Nazar Rakhta Hoon’ (I am Abdul and I keep an eye on everyone) as you remember everything that I have said in the past weeks. You should be appreciated for your memory.

Then in his reply to the question Mr Singhvi said, your question was that should I book profits as the Nifty has crossed the 12,000-level. Then I think, still, some movement is left here and it will go up further, especially the banking shares. So, I feel if you intend to book a profit then do it near the US election, which is scheduled to happen on November 3, 2020. So, you can book profit in the last week of this month, i.e. book profit when you reach the end of October 2020. And in mid-November, after November 15-20, 2020, will think where fresh buying should be made, this is for traders. Investors should not worry as the mood and atmosphere are good for them, so they should hold them.

After this, RJ Salil said amid the negative GDP people across the world were saying that maximum reverse impact was seen in India. Recently, a show, SCAM, was released and everyone has seen it, although, I have read about in a book, years ago. So, people generally ask when the economy is not doing so well then how the markets can always remain so high. This is the biggest question that people have that we are talking about 40,000-41,000 while the GDP is – (minus) 10%. Why is it so?

Mr SInghvi replied to it by saying it is a very good question and this is the beauty and speciality of the market that it thinks about the future not about what has passed off. The data that are released relates to what has been done while the market moves on the futures. You can have a look at the way the vehicles are being sold, the results of the banks and the IT companies. Had anyone – some 3-6 months back – thought that such results will come at the time of CORONA? No. Economy takes its time to improve, while the market doesn’t take time to do so. Market discounts the future and whatever it thought about is happening, now. The companies are reporting strong results and the market has already performed accordingly in anticipation of the progress and is still strong.

Terming Mr Singhvi as Santa Claus for his listeners, RJ Salil asked what Mr Singhvi is carrying in his bag for his audience. Mr Singhvi in his reply said the market is good and it is such a situation that neither Anil Singhvi is needed nor Salil, what you are buying is growing. But still, it is necessary to be elective and you should invest in the segment that has not been bullish yet and I will ask you to invest on two big shares of Nifty and you should accumulate it slowly. The first is L&T, which has won the Rs 25,000 crore bids for the Mumbai-Ahmadabad Bullet Train project. I feel the coming next two-three years are going to be very good for the L&T in terms of India’s infrastructure story. The second is contra-based and is disturbing people a lot as it is not performing well and that is ITC. Accumulate ITC slowly at these valuations and keep them in you. As it will also have its time.