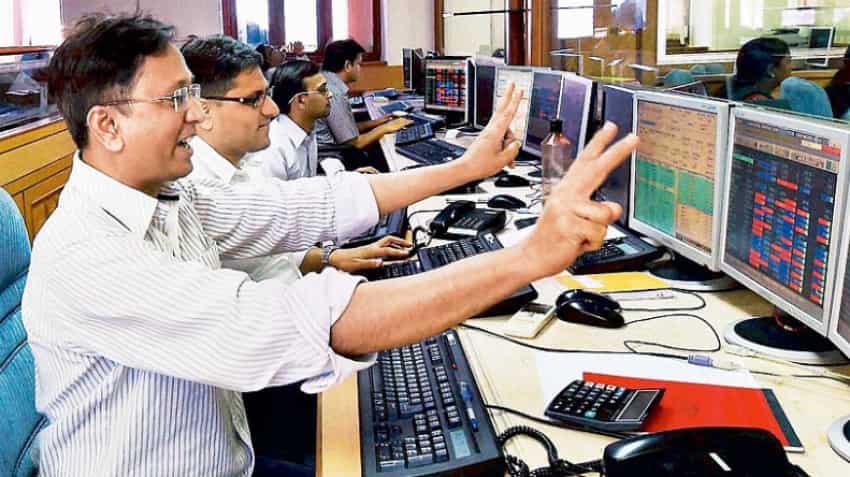 The rupee moved stronger during the day, was up by 44 paise to 69.98 against US dollar. PTI
Written By: ZeeBiz WebTeam
RELATED NEWS

All the sectors closed green on Friday leaving positive sentiments for Monday opening. However, metals, auto, banks, pharma were among the highest gainers.

India is in talks with the U.S to ease the tariffs on steel, Binoy Kumar, steel secretary, India said. "We need to look after the interests of the domestic steel industry and hence made a request for exemption," Kumar said.

Kunal Saraogi CEO, Equity Rush told Zee Business Online that there is a strong support at Rs 10,650, and at Rs 27,200, for Bank Nifty. However, he added that coming few weeks will be volatile but, watchful as the markets are moving towards new highs.

"The recovery in the US and Asian markets sending strong signals, the markets will have a positive trend in a new year after January 7," Saraogi claimed.

SGX Nifty of Singaporean Exchange crossed 10,900, surging 109 points or 1 per cent, impacted Indian markets and a smooth rally expected on Monday as well.

The rupee moved stronger during the day, was up by 44 paise to 69.98 against US dollar, even as crude oil recover further. However, Brent crude took a jump of 2 per cent to trade at $53 per barrel.

Strong global cues, hope for trade settlement between U.S and China, easing tensions between White house and Federal Reserve and positive opening of Asian markets caused Indian market to open higher today. The trend maintained by the market, as it closed green.

However, there may be a major impact on markets in coming weeks because of the setback to the economy over the bad news on fiscal deficit between April to November.

RBI governor Shaktikanta Das on December 27 held meetings with top private sector lenders, to discuss liquidity issues and the flow of credit to small and medium businesses, according to bankers.

There are number of positive verticals for the Indian markets to make all time highs in the new year.

RBIs nod to infuse liquidity to banks, recapitalisation of PSBs, stability in rupee, FPIs decision to infuse Rs 4000 crores in capital markets, oversupply of crude, strong global sentiments can drive local markets to all time highs in the future.

Global markets was on track on Wednesday, after the positive news came from the U.S, as according to the economic adviser of Donald Trump, the job of Jerome Powell, chair of Federal Reserve and Steven Mnuchin, the treasury secretary, is 100 per cent safe.