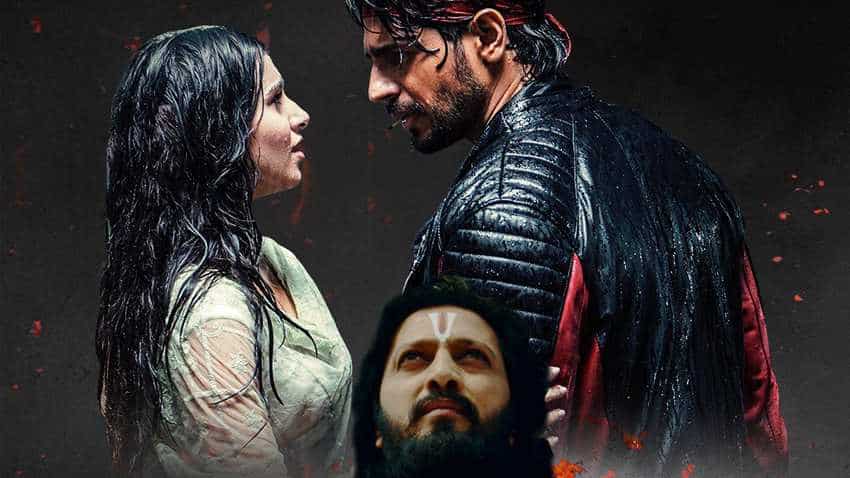 A major part of this money came from single screen cinemas where the film is doing better than multiplexes in bigger cities. Source - Riteish Deshmukh/Twitter.
Written By: ZeeBiz WebTeam
Edited By: Harish Dugh
RELATED NEWS

Marjaavaan box office collection day 3: Negative reviews have failed to stop Riteish Desmukh and Sidharth Malhotra starrer Marjaavaan rocketing to an impressive opening. The film released to a Rs 7.03 crore opening on Friday and took a jump over the weekend despite negative word of mouth. Marjaavaan earned Rs 7.21 crore on Saturday and completed a good weekend by raking in Rs 10.18 crore while facing tough competition from Ayushmann Khurrana starrer Bala at the box office. At the end of first weekend, Marjaavaan's box office collection stood at Rs 24.42 crore.

A major part of this money came from single screen cinemas where the film is doing better than multiplexes in bigger cities. Directed by  Milap Zaveri, who has also written the film, Marjaavan also stars Tara Sutaria in an important role. It is an out and out masala entertainer full of action and drama. It will be interesting to see if the film can sustain during the week.

In Marjaavaan, Sidharth plays the role of an orphan who has been raised by a local mafia. He falls in love with Tara's character but a major twist changes their life forever.

The film faced tough competition at the box office with Nawazuddin Siddiqui and Athiya Shetty-starrer Motichoor Chaknachoor releasing on the same day along with Hollywood biggies like  Ford v Ferrari and Charlie’s Angels. None of these films managed to earn over Rs 1 crore on day 1, minting Rs 30 lakh, Rs 75 lakh and Rs 50 lakh on day 1, respectively.