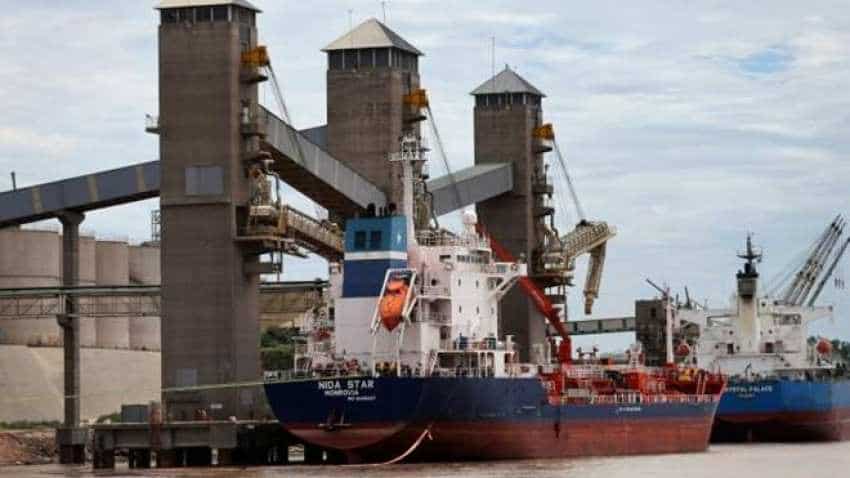 Increased demand from various sectors, including coal, petroleum, oil and lubricant and containers, was the main reason behind the growth in traffic, as per the latest data from the Indian Ports Association (IPA). Image source: Reuters

India's 12 major ports recorded 5.65 per cent rise in cargo handling to 60.07 million tonnes (MT) in April this fiscal, mainly due to higher demand for coal, petroleum, oil and lubricants, industry body IPA said. These top ports, under the central government, had handled 56.86 MT of cargo in April last year.
Increased demand from various sectors, including coal, POL (petroleum, oil and lubricant) and containers, was the main reason behind the growth in traffic, as per the latest data from the Indian Ports Association (IPA).

Coking coal volumes handled by the 12 ports surged by 30.62 per cent to 5.51 million tonnes (MT) during the first month this fiscal, while thermal and steam coal grew 12.65 per cent to 10.91 MT. Thermal coal is the mainstay of the country's energy programme as 70 per cent of power generation is dependent on the dry fuel, while coking coal is used mainly for steel-making.

India is the third-largest producer of coal after China and the US and has 299 billion tonnes of resources and 123 billion tonnes of proven reserves, which may last for over 100 years. As per the IPA data, container volumes too rose 5.74 per cent to 12.54 MT in terms of tonnage handled. POL handling during April jumped by 11 per cent to 18.99 MT as compared to previous fiscal.

Volume of seaborne cargo is essentially in the nature of derived demand and is mainly shaped by the levels and changes in both the global and domestic activity. India has 12 major ports -- Deendayal, Mumbai, JNPT, Marmugao, New Mangalore, Cochin, Chennai, Kamrajar (earlier) Ennore, V O Chidambarnar, Visakhapatnam, Paradip and Kolkata (including Haldia) which handle over 60 per cent of the country's total traffic.