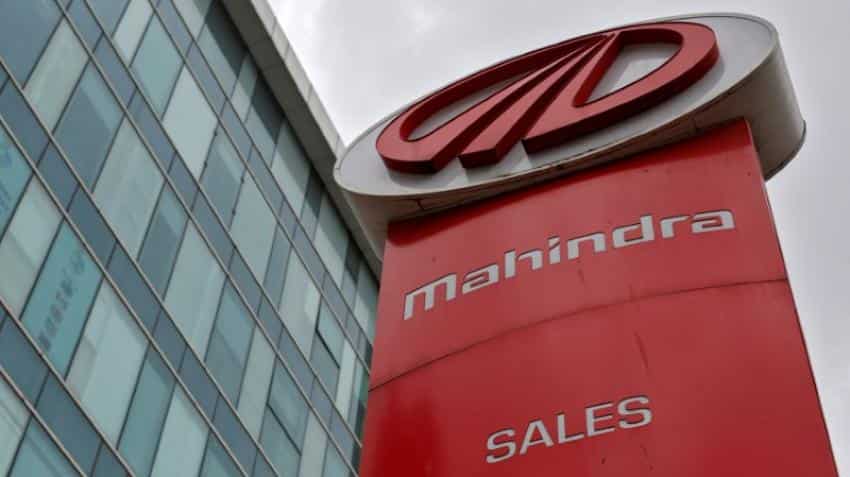 Mahindra and Mahindra share price surged as much as 3 per cent to Rs 895. Image source: Reuters
Written By: ZeeBiz WebTeam
RELATED NEWS

Mahindra and Mahindra share price hit a record high on Wednesday, rallying 3 per cent after the auto major posted a 50 per cent jump in net profit to Rs 1,155 crore for the March quarter, driven by robust sales across segments including utility vehicles and tractors. M&M had reported a net profit of Rs 770 crore during the January-March quarter of the previous fiscal.

Reacting to positive earnings, the stock surged as much as 3 per cent to Rs 895 on the BSE. Elara Capital maintained 'buy' on the stock with a revised target price of Rs 1,055, an upside of 21 per cent from yesterday's closing level.

"M&M’s margin resilience with good automotive & tractor volume impresses us in Q4FY18; while we expect the market share loss in UVs to be arrested with upcoming new launches. Tractors continue to remain in a sweet spot with the Govt’s increased rural focus,"said Elara Capital.

"We increase our FY19-20E standalone EPS by 8-10% to factor in higher margins. We reiterate Buy with a revised SOTP-based target price of Rs 1,055 from Rs 917. M&M remains a key beneficiary of the Govt's increased focus on rural India with ~70% of core volumes coming from rural India," the brokerage added.

Meanwhile, Mahindra and Mahindra's revenue and other income rose by 24 per cent to Rs 13,355 crore during the fourth quarter of 2017-18, compared to Rs 10,795 crore in the year-ago period, M&M said in a regulatory filing.

The company's board, which met today, recommended a final dividend of Rs 7.50 per share of face value of Rs 5 each.