Maharashtra launches crackdown against wine shops; here is why

The state excise department has cracked the whip on wine shops that display advertisements of liquor brands on their signages and has threatened to book those violating the rule for breaching license conditions. 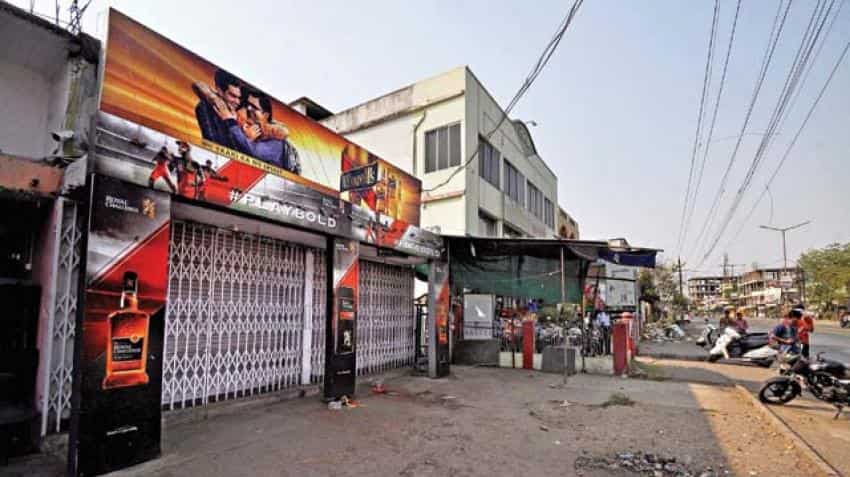 The state excise department has cracked the whip on wine shops that display advertisements of liquor brands on their signages. Image source: PTI

The state excise department has cracked the whip on wine shops that display advertisements of liquor brands on their signages and has threatened to book those violating the rule for breaching license conditions.

The department has issued a circular noting that most FL-II license holders (wine shops) in the state breach license conditions and has warned that care should be taken to ensure that no advertisements were displayed such that they are visible from outside the license area.

“It is mandatory to have a 60x90 cm name board on the entrance of the licensed premises,” said the circular issued by Excise commissioner Dr Ashwini Joshi. “The rules mandate that this board must only have the name of the licensee, license number, address and the opening and closing time... no other information must be written on it.”

The circular added that “Despite these provisions, it has come to light that most FL-II licensees put up boards with advertisements of liquor brands, glowing sign boards, flex, neon signs on the entrance (of their shops).”

A senior state excise official noted that wine shops use the licence issued by the department to carry advertisements, which generates additional revenue for them. “This is a reiteration of the law,” the official added. “In case of non-compliance, we will issue notices to defaulters.”

Dilip Gianani, president of Maharashtra Wine Merchants Association (MWMA), noted that the rules were framed in 1973 and were hence outdated. “They have not been implemented for all these years… it is because of demands by RTI activists (that the state Excise has taken this decision),” he said, adding that it was necessary to ensure that these acts and rules are in sync with the times.

“How will customers know if new brands have entered the market? ” he reasoned. “Liquor manufacturers are not allowed to advertise their products. This leads to them making surrogate advertisements for their products in the name of soda and mineral water.”