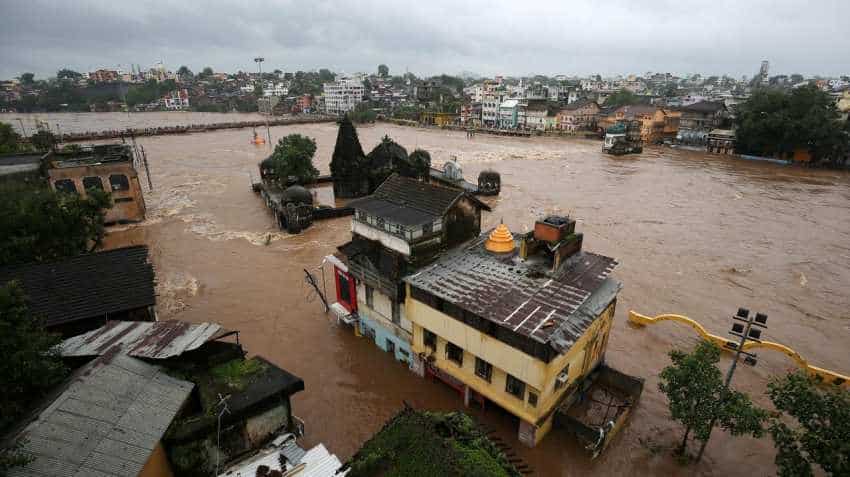 Maharashtra flood: Kolhapur in Maharashtra, has been flooded for days after very heavy to extremely heavy rains battered this region. The situation is the same on Friday. It has completely made the lives of the residents miserable due to the floodwaters on the roads. The city has partly vanished underwater and only the roofs and trees are visible.  Most of the roads leading to Kolhapur are not visible either.

The heavy rain has completely cut off essential supplies and damaged thousands of homes in the city because of which the trucks and other heavy vehicles that bring supplies to Kolhapur have been stopped 30 to 40 km away. This means vegetables, fuel and other essentials are very much in short supply in the city.

As per Skymet weather, In Kolhapur, 6 people have been killed and NDRF has moved around 90,000 people to a safe place. Nearly 3 houses have been destroyed.

Chief Minister Devendra Fadnavis reviewed the damage in an aerial survey of Sangli and Kolhapur. 12 rescue teams of Indian Navy left last night for Sangli by road in state government transport after the Airlift was aborted due to unfavourable weather condition in Kolhapur and Sangli. Police escorts were provided for a green corridor till Sangli.