In the last two years, RERA has successfully regulated the possession of on-going under-construction projects and the builders as well. 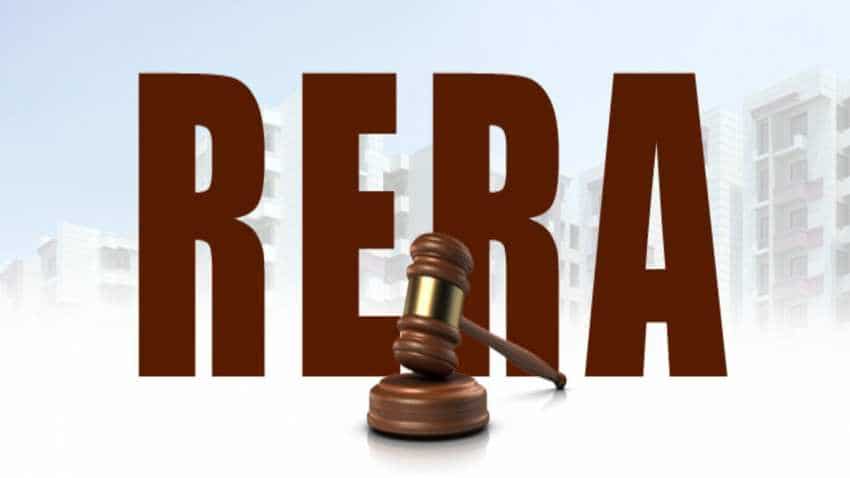 RERA: Ever since it was formed two years ago, Real Estate (Development and Regulation) Act 2016, (RERA) has brought in a ray of hope and is the first choice for home buyers when it comes to fighting inordinate delays in possession of their flats but significantly one out of five home buyers still prefer a refund in case of delays, revealed a Magicbricks Consumer Poll. According to the poll by Magicbricks, 72 per cent home buyers would like to file a RERA complaint in case of delay in possession while 19% would like to ask for a refund and just 10% would like to wait for possession if the project gets delayed.

Speaking on the finding of Magicbricks Poll E Jayashree Kurup, Head Editorial and Advisory, Magicbricks said, “In the last two years, RERA has successfully regulated the possession of on-going under-construction projects and the builders as well. As a result, RERA has restored buyers’ confidence in the real estate sector. RERA regulators across states should ensure that the orders passed by them are enacted on the ground." 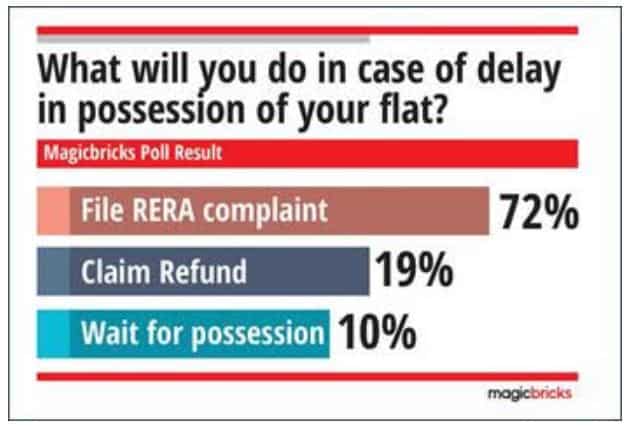 Recently, RERA celebrated two years of its implementation and Maharashtra has been lauded by experts as the best-performing state in terms of disposing of complaints and registration of projects. The main purpose of this law is to bring all under-construction projects and builders under its ambit. As of now, 22 states and six union territories have already notified RERA rules. Of these, only 19 states have active online portals. West Bengal is the only state with its own real estate law - WBHIRA.

Nonetheless, RERA has instilled confidence in buyers to invest in under-construction real estate projects and improved the sentiments of the sector as well. However, there have been cases where RERA orders have not been followed by builders and authorities had to impose penalties for delay in possession.

Thanks to RERA, the number of registration of projects and agents are picking up across states and this is leading to a transparent ecosystem for real estate stakeholders. Today, buyers are able to access crucial information online on any real estate project, which was not available previously. There are still many gaps in the implementation of RERA as buyers still face many issues related to filing complaints, getting possession on time and penalties for delays. RERA regulators need to have a mechanism for timely redressal of issues so the lost confidence of consumers is restored in the sector.