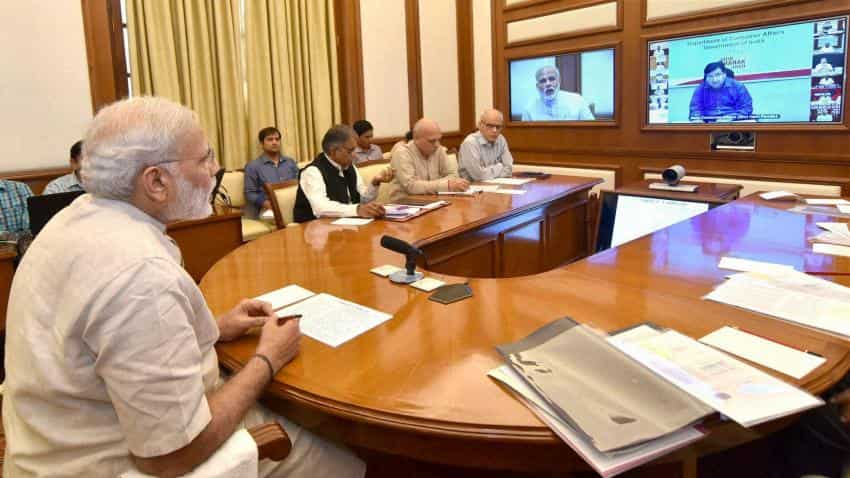 The Cabinet in its reshuffle meeting on Tuesday has also given an approval for renaming Madras, Bombay and Calcutta High Courts.

The Cabinet Committee of Economic Affairs (CCEA) led by Prime Minister Narendra Modi during the meeting has inducted around 19 new ministers into the Council of Ministers in an attempt to strengthen his team with experience, expertise and energy.

The Government of India in May this year had said that it is working on a legislation to rename Bombay and Madras High Courts to 'Mumbai High Court' and 'Chennai High Court', respectively,  according to earlier ZeeBiz report.

In a written reply to a question in the Lok Sabha, Minister of Law and Justice D V Sadananda Gowda said that the ministry is drafting the proposal which will be placed before the Parliament for approval soon, it said.

"These High Courts (Bombay and Madras) were established under the Indian High Courts Act, 1861 and were named after the cities where the courts were located. Both the cities of Bombay and Madras have since been renamed as Mumbai and Chennai, respectively," ZeeBiz reported  in May this year quoting Gowda as saying.

"Since, the Indian High Courts Act, 1861 has been repealed, central legislation is required for changing in the name of Bombay High Court and Madras High Court which is at drafting stage," Gowda added.

Gowda had informed the Parliament in May this year that the state governments of Maharashtra and Tamil Nadu have infact requested the name changes of their respective high courts.

The BJP's ally in Maharashtra-Shiv Sena- has been demanding for the change of name of Bombay High Court to 'Mumbai High Court' for quite some time now.

The Shiv Sena member of parliaments (MPs), in the memorandum to the Prime Minister, said that they have been pursuing the demand for the name change for several years and have also sent several proposals regarding the same to the Union government, cited the news report.

The political party's MPs had said that if the Central government takes the decision to rename Bombay High Court as 'Mumbai High Court', it will be a major achievement for the NDA government, it said.

Madras High Court and Bombay High Court were established under the Indian High Courts Act in 1861.