Mammootty starrer latest blockbuster Madhura Raja is picking up pace at the box office with a decent collection after 10 days. 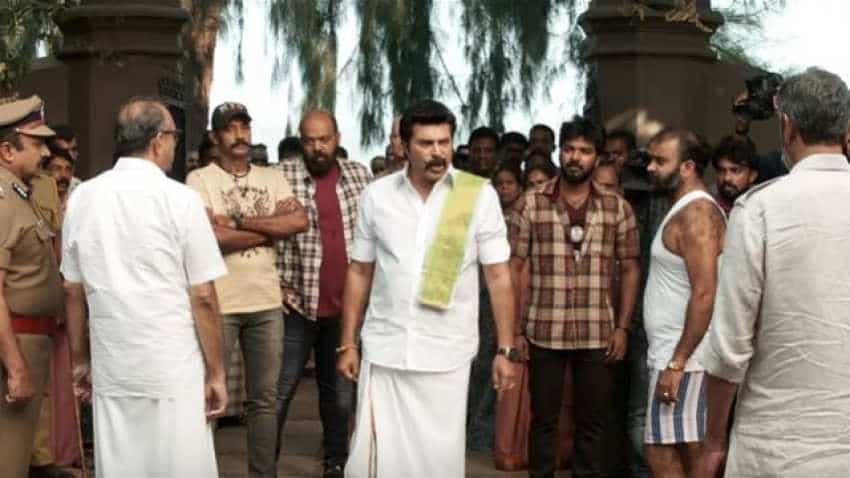 The producer of the film, Nelson Ipe used his Facebook page to announce the 10 days collections of the movie. Still of Madhura Raja Teaser
Written By: ZeeBiz WebTeam
RELATED NEWS

Madhura Raja witnessed an excellent opening weekend, taking it to the 30-crore mark within just 4 days of its release in the theatres. The film bagged around Rs 32 crore from the first 4 days of business.

Madhura Raja continues its strong business even during the weekdays, as the family audience has been among the top viewers of the movie. The movie also has a great second weekend with the highest occupancy rates.

While Madhura Raja was likely to surpass the 50-crore levels by the end of the second weekend. However, the movie has entered the grand club and the official announcement for the same has already been out.

The producer of the film, Nelson Ipe used his Facebook page to announce the 10 days collections of the movie. It has been revealed that the movie has fetched Rs 58.7 crore in the first 10 days of run at the worldwide box office. As per the critics and film experts, Madhura Raja is all set to surpass Abrahaminte Santhathikal, to become the highest earning movie of Mammootty till now.