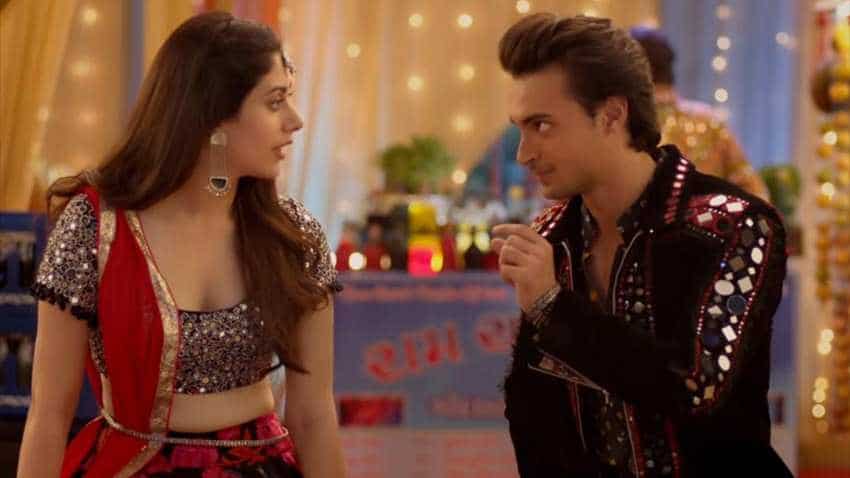 LoveYatri Box Office Collections: The Venom has earned around Rs 4 crore in India, more than double the collections of the LoveYatri.
Written By: ZeeBiz WebTeam
RELATED NEWS

LoveYatri Box Office Collection: Salman Khan's production Love Yatri did not stand up to the expectations of film trade analysts on Day 1. Starring Ayush Sharma and Warina Hussain, the movie was expected to earn Rs 3 crore on the opening day. However, as per figures released today, the film has not even touched the Rs 2 crore mark.

The figures showed that the romantic musical's earning stand somewhere between Rs 1.6 crore to 1.8 crore. The film has also not received a good response on the overseas box office. It has reportedly earned Rs 5.5 lakhs in New Zealand and Rs 1.09 lakh in Australia.

However, experts expect the movie to pull crowd on Saturday and Sunday as the only Hindi movie giving it a tough fight is Aysuhmann Khurrana's AndhaDhun, a crime thriller.

The film had landed into trouble before its release over its name. Its name was "Love Ratri" but it was changed to "Love Yatri" because people slammed it for being named on the festival "Navratri".

The movie is a simple love story minus any major conflict. However, the movie has got mixed responses from the critics. Some have praised it for its simplicity while others have outrightly rejected it.

"Can't bear this torture #LoveYatri so walking out after finishing the first half of the film. Watch it for the epitome of disastrous acting....Sorry to say this but Salman Khan production should start making films with good content & notable star cast instead of launching his relatives & friends all the time, if still he wants to launch newcomers, please give chance to deserving talents," said film analyst and critic Sumit Kadel.

The release of Hollywood science fiction Venom can also be blamed for LoveYatri's poor show. The Venom has earned around Rs 4 crore in India, more than double the collections of the LoveYatri. Let's wait to see what the weekends has in store for the newcomers.