Lost your Aadhaar card issued by UIDAI? Find out if fraudsters can withdraw money from your linked bank account

Any individual, irrespective of age and gender, is allowed to obtain an Aadhaar card which comes with 12-digit random numbers provided by Unique Identification Authority of India (UIDAI). 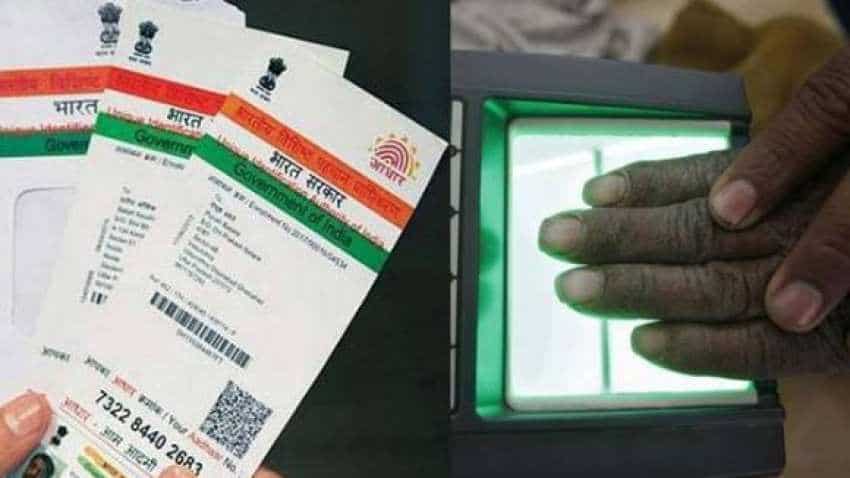 UIDAI has generated 122.79 crore Aadhaar cards in India which shows how important tool of identification it is. Photo: Reuters

Holding a Aadhaar card issued by UIDAI is must for Indian citizens because it is a vital identification for various services like opening a subsidised LPG connection, filing Income Tax Return (ITR), opening a bank account or even applying for Permanent Account Number (PAN). Currently, UIDAI has generated 122.79 crore Aadhaar cards in India which shows how important tool of identification it is. Any individual’s Aadhaar can fall in the hands of a fraudster where they can misuse information mentioned on the card. Among possible frauds are withdrawing money from Aadhaar-linked bank account. But is it possible?

If you are worried that if some fraudster who obtains a copy of your Aadhaar card or number, and can withdraw money from your linked bank accout. Then UIDAI assures you that, such case will not happen.

As in bank for withdrawing money, your signature, debit card, PIN, OTP, etc., is required.

Similarly, for withdrawing money from your Aadhaar linked bank account through Aadhaar, your fingerprint, IRIS or OTP sent to your Aadhaar registered mobile will be required.

UIDAI says, "No Aadhaar holder has suffered any financial or other loss or identity theft on account of any said misuse or attempted impersonation of Aadhaar."

Not only this, UIDAI revealed that, everyday more than 3 crore Authentications are carried out on the Aadhaar platform. In the last eight years, so far more than 2,182 crore authentications (till 31st July 2018) have been successfully done.

Reteriating, UIDAI says, "UIDAI keeps upgrading and reviewing its security systems and safety mechanisms to make Aadhaar more secure and more useable. There has not been a single instance of biometric data breach from Aadhaar database."

Any individual, irrespective of age and gender, is allowed to obtain an Aadhaar card which comes with 12-digit random numbers provided by Unique Identification Authority of India (UIDAI).