About 100 acres of land along the river Saryu in Ayodhya will used to install the statue of Lord Ram, which will be 251 meters high, and will also have a 20 meter high circle over it. 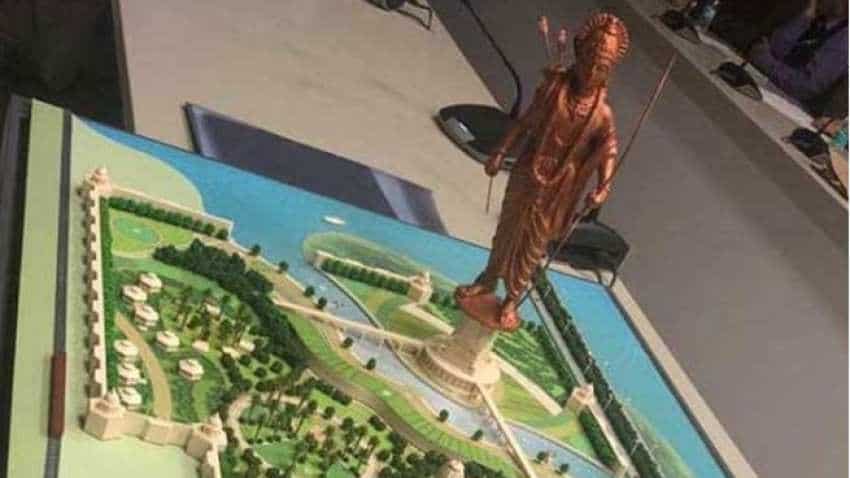 The statue will have a base of 50 meters, and the statue of Lord Ram will have a bow, arrow and a quiver. Image source: Zeebiz.com
Written By: ZeeBiz WebTeam
Edited By: Harish Dugh
RELATED NEWS

Yes, world's tallest statue to be in Uttar Pradesh! The CM Yogi Adityanath led Uttar Pradesh government has decided to install a 251-metre-tall statue of Lord Ram on the banks of river Saryu in Ayodhya. This statue of Lord Ram, which would be taller than the Sardar Patel statue of Unity in Gujarat, will be the tallest statue in the world. A decision to this effect was taken in a meeting of a high-power committee, chaired by Chief Minister Yogi Adityanath, which also discussed the proposed statue and its surrounding design and format in Ayodhya. A model of this has also been prepared whose exclusive pictures are with Zee Business Online.

Ram statue to be installed in 100 acres area

About 100 acres of land along the river Saryu in Ayodhya will used to install the statue of Lord Ram, which will be 251 meters high, and will also have a 20 meter high circle over it. The statue will have a base of 50 meters, and the statue of Lord Ram will have a bow, arrow and a quiver. A grand museum will also be built under the 50 meter high base / pedestal, of the statue showcasing the things related to the life of Lord Ram. Further, the museum will also narrate the history of Ayodhya, covering the period of Ikshvaku dynasty from Manu till the birth of Lord Ram. Through modern technology, all the incarnations of Lord Vishnu will also be shown in this museum.

UP CM Yogi Adityanath government has prepared a special plan for constructing Lord Ram statue. Along with the statue of Lord Ram, a front will be build alongside Sarayu River. A trust will be formed under the chairmanship of CM Yogi. As the Yogi government has announced the building of tallest statue of Lord Rama, the process will be started soon.

According to sources in Uttar Pradesh government, the total cost of the project will be Rs 2500 crore and it will be spent in three phases. The first phase will spend Rs 1500 crore. Notably, the UP government will also sign an MoU with the Gujarat government for technical assistance. The government will also form a Rajkiya Nirman Nigam for setting up and maintenance of the statue. The meeting also stated that for site survey, environmental assessment, feasibility studies etc. assistance will be sought from IIT Kanpur and Nagpur-based NEERI (National Environmental Engineering Research Institute) 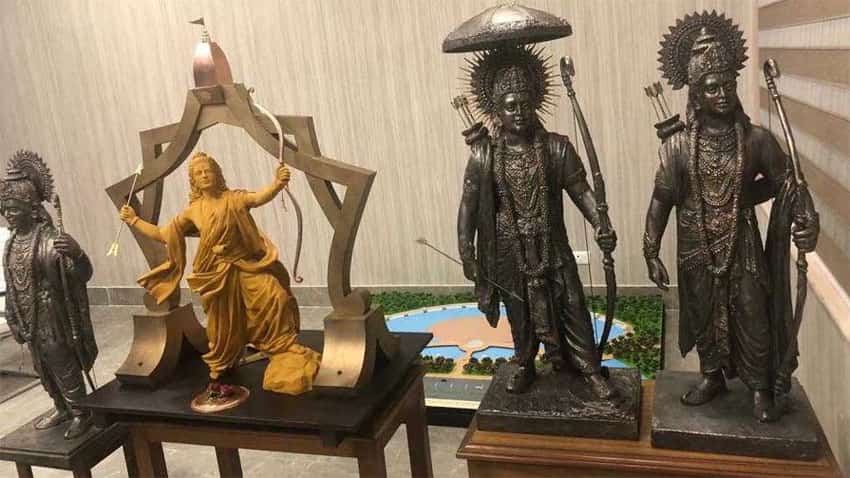 This Lord Ram statue complex will have following features: