Homebuyers and commercial space customers can be the last to laugh! The FSI percentage has been decreased by 15% and 20% in residential and commercial properties respectively. 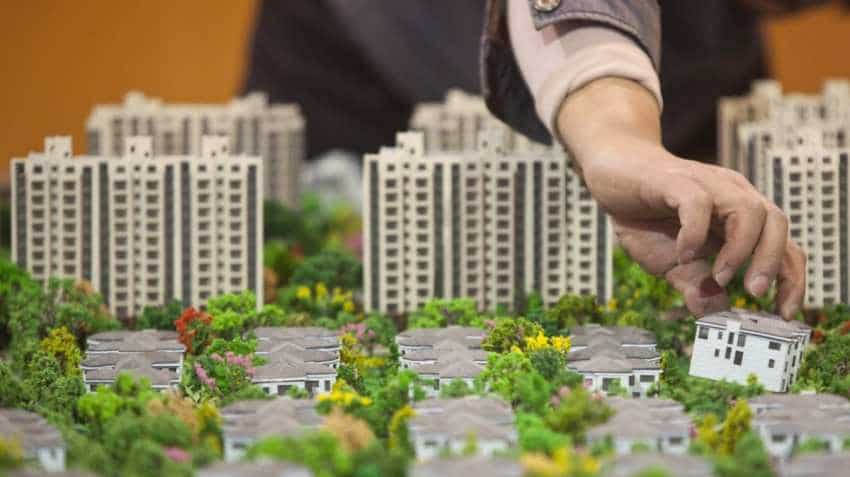 Overall benefit of FSI percentage will reflect on to the customers as developers can now pass on the lowered input cost benefit to them by lowering their price. Photo: Reuters
Written By: Asit Manohar
Edited By: Harish Dugh
RELATED NEWS

Homebuyers and commercial space customers can be the last to laugh as the Maharashtra Government has slashed the FSI percentage from 50 per cent to 35 per cent in residential real estate projects while in commercial real estate the same has been cut down to 40 per cent from existing 60 per cent. The industry insiders are of the opinion that the decision would cut down the input cost of the residential and commercial projects that would finally transform into big benefits for the prospective homebuyers and commercial space customers in India. They said that it would also help developers to kickstart their stalled projects.

Speaking on the slash in FSI percentage Rohit Poddar, Joint Secretary, NAREDCO West said, "Reducing the premium paid by the developers on additional FSI will bring down the input costs which will hopefully translate into the cost reduction of housing units for buyers. It will boost the buying sentiments in the stagnated housing market. Slashing down the development cess will make the redevelopment process financially viable for developers and lure-in more PMCs in redevelopment business. This raft of measures will not only minimize the overall cost of construction but also incentivize the filing of project proposals in the construction sector. It will benefit the end-consumer only if the developers pass on the benefits to buyers.”

Hailing the decision that would lead to lowering of input cost and realty prices Parth Mehta, Managing Director, Paradigm Realty said, “High premium rates of fungible FSI were an impedance for developers in the past which slowed down the overall expansion of the real estate sector. This move by the government to reduce premiums on fungible FSI from 50 per cent to 35 per cent in residential projects and alternatively from 60 per cent to 40 per cent in commercial projects will definitely propel growth in the sector. The input cost of premiums for increased floor space is expected to come down. The stalled proposals shall become viable to an extent due to lowered premiums. It is a relief for developers as shrinking margins shall be resorted from deteriorating further due to cost escalations whereas pricing remains stagnant."

Amit Wadhwani- Co-Founder, SECCPL said, "With the waiver of development cess and reduced premium on FSI, project costs will be reduced considerably, and this will, in turn, be beneficial to the home buyers. While the concession is for a period of two years, this can definitely facilitate the revival of the real estate market, besides seeing property prices reduced across prime locales. The same can also go a long way in reviving stalled projects, as developers will no longer be required to pay high charges." Wadhwani went on to add that overall benefit of FSI percentage will reflect on to the customers as developers can now pass on the lower input cost benefit to them by lowering their price by at least half of the FSIA percentage cut.