Interglobe Aviation has announced its Q4FY19 result and it showed profits jumping by a whopping 401.2% to Rs 589.6 crore compared to a year ago same period! 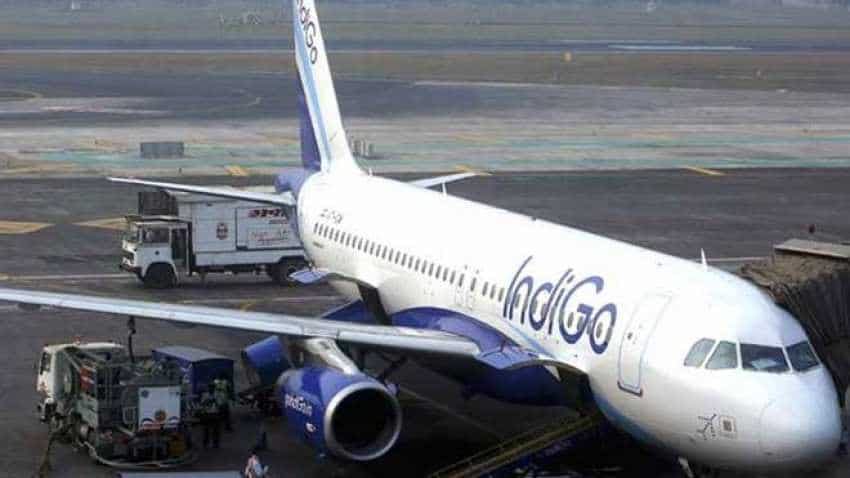 The stock is seen to rise 16% going forward. Photo: Reuters

After touching an intraday high of Rs 1716 per piece, the share price of Interglobe Aviation (IndiGo) barely aw any movement in second half of Tuesday’s trading session. At around 1415 hours, the shares were trading at Rs 1,665.50 per piece, a little over Rs 2.30 or 0.14% higher compared to previous market price on Sensex. The company has announced its Q4FY19 result, where the profit jumped by a whopping 401.2% to Rs 589.6 crore compared to a year ago same period. Meanwhile, revenue increased by 35.9% yoy to Rs 7,883.3 crore, while EBITDA rose to Rs 2,192.6 crore along with margin of 27.8% during the quarter. However, Indigo shares have divided experts down the middle. So far, the stock is seen to rise 16% going forward.

Sameer Kalra, Equity Research Analyst & Founder Target Investing on Tuesday’s stock performance said, “Q4FY19 results were better than estimated given the higher operational efficiency. Increase in international revenue to 13.6% of total revenue and addition of 4 aircraft during quarter helped beat the estimates. Though we are medium and long term neutral on the company. We would be positive for intraday trade.”

Garima Mishra, analysts at Kotak Institutional Equities said, "Indigo reported stronger-than-expected 4QFY19 earnings driven by higher yields. 9% yoy yield increase was driven by Jet’s closure as well as internal productivity measures. We note that capacity addition by competitors has picked up steam, and may likely pressure yields 2QFY20 onwards. We tweak our FY2020E EPS as we factor in lower costs on account of A321neo aircraft, driving a revised fair value of Rs1,575."

Mishra adds, "We believe the positive boost to yields may last for a shorter duration than earlier expected on account of steep capacity addition by peers (Spicejet, Vistara). We are particularly wary of yields coming off in the profitable metro routes. Our estimates already bake in a fair amount of optimism – our spread assumptions (RASK-CASK) are Rs0.21-0.27 over FY2020-21, sharply higher than the Rs0.11 reported in 4QFY19."

Management targets FY20 capacity addition of 30% or 64 aircraft fleet wherein 50% of new capacity will be used for global routes, implying just ~35 new aircrafts are available for growth of domestic operations.

"We change our rating to Accumulate from Buy with a revised TP of INR 1,927 from INR 1,945 as the stock has run up by 49% in three months and we lower our FY20E EPS, Our new TP is based on 7.5x (unchanged) FY21E EV/EBITDA, in line with global LCC peers," said analysts at Elara.