Lok Sabha elections 2019: The polling percentage was higher compared to 2014 in Hindi heartland of Bihar, Uttar Pradesh and Rajasthan. 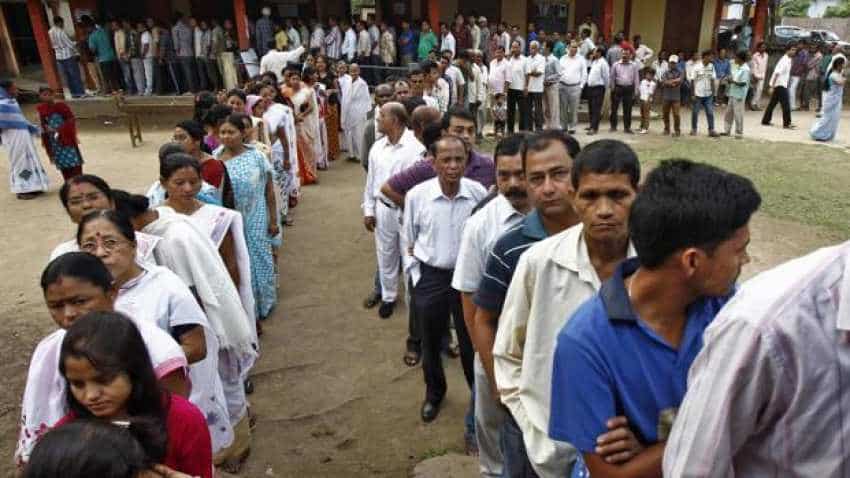 Over 62 per cent voters exercised their franchise on Monday in the fifth phase of Lok Sabha elections in 51 constituencies, with voting percentage marginally higher than 61.75 per cent recorded in 2014 parliamentary elections. The constituencies were spread across seven states. The fifth phase was the smallest of seven-phase elections to elect a new Lok Sabha.

In Jharkhand, where polling was held for four seats, 63.72 per cent electorate had cast their vote by 5 p.m. The polling percentage in these seats was 63.85 per cent in 2014.

In Madhya Pradesh, the seven seats that went to the polls on Monsday, recorded a polling percentage of 62.60 per cent compared to 57.86 per cent in 2014.

Polling was completed in Anantnag parliamentary seat on Monday after a three-phase election. The two districts - Shopian and Pulwama - where polling was held on Monday, registered 2.88 per cent and 2.14 per cent polling until 6 p.m.

The overall polling percentage in Anantnag is 8.76 per cent which is far less compared to 28.45 per cent registered in 2014.

Saxena said 26 states and Union Territories have completed their election with the conclusion of fifth phase.

He said in the five phases of elections completed until Monday, over six crore additional votes have been cast compared to the last general election.