Lok Sabha elections 2019: What are VVPATs, EVMs - How do they work

Electronic Voting Machines or EVMs are used to cast vote without revealing the identity of a voter. It is used in Indian General and State Elections. EVMs have successfully replaced paper ballots in local, state and general elections in India. 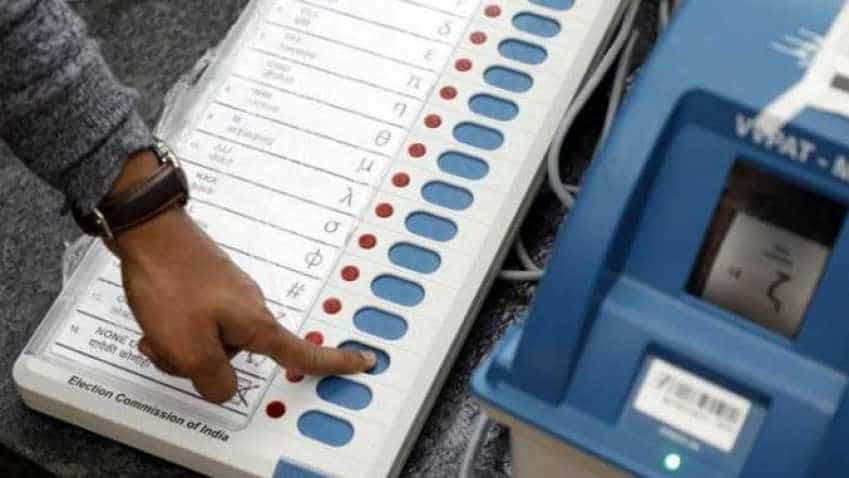 Lok Sabha elections 2019: Electronic Voting Machines or EVMs are used to cast vote without revealing the identity of a voter. It is used in Indian General and State Elections. EVMs have successfully replaced paper ballots in local, state and general elections in India. However, in this year's Lok Sabha Elections, Election Commission has used Voters Verifiable Paper Audit Trail (VVPAT) enabled EVMs in some polling booths. VVPAT is used in elections to verify that the vote has been correctly cast or not.

EVM is built in two parts, one is a ‘control unit’ and another one is ‘balloting unit’, connected via 5-metre cable. The control unit is with the Election Commission-appointed polling officer, while the balloting unit remains in the voting compartment into which the voters cast their respective votes under secrecy, by pressing the button against the name and symbol of the party/candidate.

The control unit is the EVM’s ‘brain’ — the balloting unit is turned on only after the polling officer presses the ‘Ballot’ button on it. The EVM machine runs on a 6 volt single alkaline battery inside the control unit so that in can be easily used in areas with no electricity.

The VVPAT machine gives instant feedback to the voter, through a printed slip. Right after a voter presses the button confirming his/her vote, the VVPAT prints a slip containing the name of the candidate and the corresponding election symbol or NOTA and automatically drops it in a sealed box.

The VVPAT machine is kept in a transparent glass, allowing the voter to see the vote. The voter slip is then displayed to the voter for about seven seconds and then dropped in the storage box. A beep sound confirms this action of a voter. The VVPAT can be accessed by the polling officials, not by the voters.

Some facts about EVMs that you should know:

1. The secret source code of EVMs is only accessible to a few engineers.

2. EVMs are transported under proper security, like RBI while transporting cash to desired destination.

3. Machines are sent directly from the factory to the district administration to avoid tampering.

4. Once polling is done, the presiding officer presses the ‘Close button’ and EVMs are sealed and the agents sign it.

5. EVMs are put back in strong rooms with 24 hours security.