Lok Sabha Elections 2019 Results LIVE Streaming: The suspense is set to end as the counting of votes for the seven-phase elections to lower house of parliament is taking place on Thursday. Catch latest trends at eci.gov.in, Zee Business TV and ZeeBiz.com. 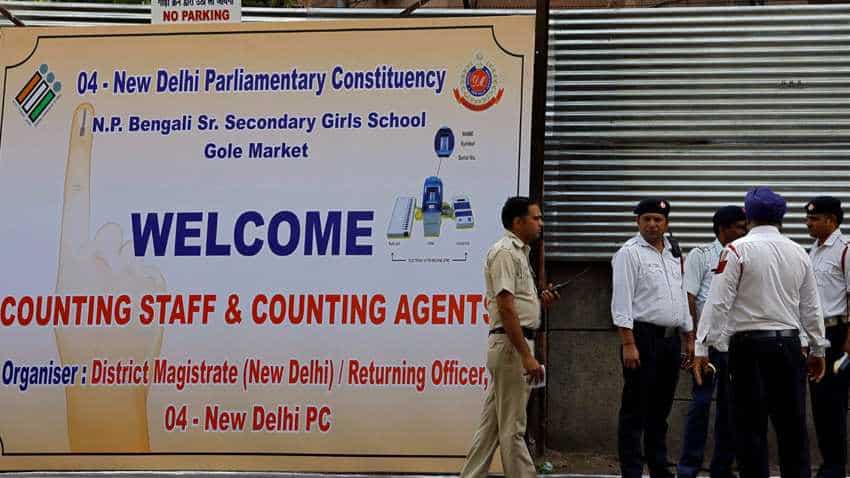 Lok Sabha Elections 2019 Results LIVE Streaming: The counting will start today at 8 am and security has been beefed up across the country to ensure proper functioning. Source: Reuters.

The suspense is set to end as the counting of votes for the seven-phase elections to lower house of parliament is taking place on Thursday, bringing the curtains down on a hard-fought contest. Most exit polls have predicted that the Bhartiya Janata Party (BJP)-led National Democratic Alliance (NDA) is on course to retain power for a second term, riding on Prime Minister Narendra Modi's charisma like the way he swept to power in 2014. But, many opposition leaders have trashed the exit polls numbers and are hopeful of a turnaround today.

The voting was staggered between April 11 and May 19 in which around 67 per cent of the nearly 900 million eligible people exercised their franchise to elect 542 members of the Lok Sabha from a total of 8,049 contestants. The counting will start today at 8 am and security has been beefed up across the country to ensure proper functioning.

The election commission will provide the latest trends on its official website - eci.gov.in.

In the last Lok Sabha elections, the BJP won 282 seats while the Congress had suffered a severe drubbing getting an all-time low of 44 seats as against 206 it won in 2009. This year, in a first, EC will tally vote count on Electronic Voting Machines with voter-verified paper audit trail slips in five polling stations in each assembly segment of a parliamentary constituency. It will effectively mean that out of nearly 10.3 lakh polling stations, the EVM-VVPAT matching will take place in 20,600 such stations. This can delay the final results.

Key leaders to keep an eye on