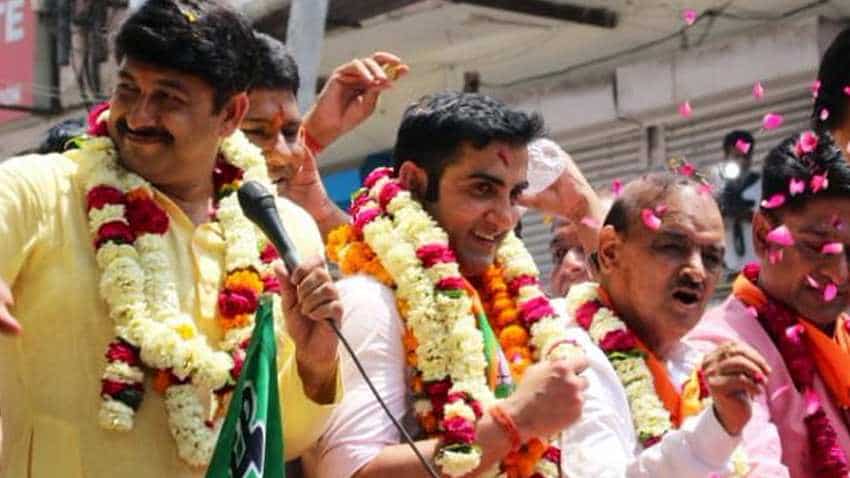 Lok Sabha election 2019: Former team India and Delhi batsman, as well as a brand new member of the BJP, Gautam Gambhir is the richest of all the candidates in fray for the Lok Sabha election in Delhi. The former Kolkata Knight Riders captain has shown an annual income of over Rs 12.4 crore in the income tax returns filed for 2017-18, reported PTI. Gambhir is contesting from East Delhi against Aam Aadmi Party's (AAP) Atishi on a Bharatiya Janata Party (BJP) ticket. AAP on Wednesday had approached the poll authorities raising objections over shortcomings in the documents submitted by Gautam Gambhir and Ramesh Bidhuri, the other BJP candidate from Delhi. However, the Returning Officer of East Delhi rejected the objections saying these cannot be "sustained", while the South Delhi RO said Bidhuri's nomination has been "examined and accepted".

Bidhuri who is a sitting MLA from South Delhi has movable and immovable assets worth Rs 18 crore, an increase of close to Rs 3.5 crore in the last five years, according to his affidavit. Bidhuri, his wife and dependent Himanshu have shown an income of over Rs 16.72 lakh, Rs 3.09 lakh and Rs 3.18 lakh respectively in the IT returns filed in 2017-18.

Former Delhi chief minister Sheila Dikshit has also filed her nomination from the North-East Delhi Lok Sabha constituency and declared personal assets worth over Rs 4.92 crore. The 81-year-old Congress leader had an annual taxable income of about Rs 15 lakh in 2017-18. Dikshit's affidavit also stated that she has an apartment in Nizamuddin area which has a market value of around Rs 1.88 crore.

Meanwhile, Congress leader and New Delhi candidate Ajay Maken has declared an annual income of over Rs 26.38 lakh, as per the IT returns filed in 2017-18.