Like it or not, Rakesh Jhunjhunwala set to earn big! This midcap seen making him richer with 73% gains; should you buy?

Guess what! This stock is also under Jhunjhunwala's ambit, in fact the investor has recently increased his holding in that company! If you also own this stock just like Jhunjhunwala, then you will see return of nearly 73%. 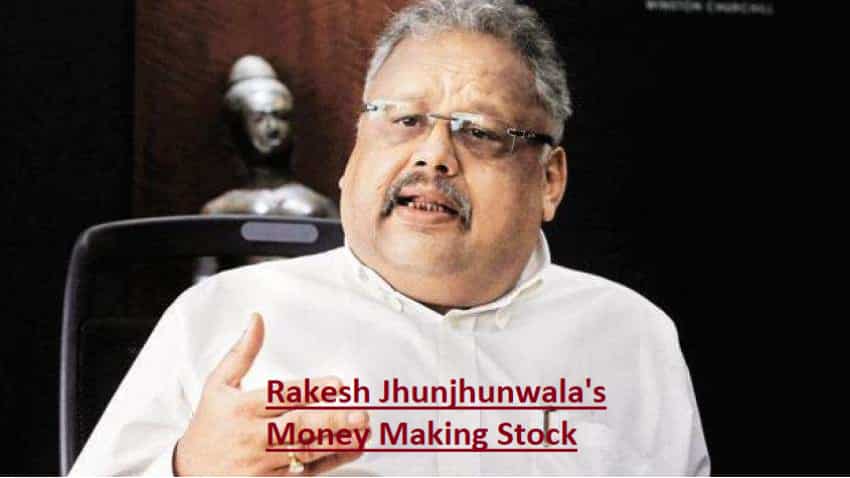 But if you are a value investor and hold this stock, then in 2019, Jubilant is set to make you rich. Photo: Reuters
Written By: ZeeBiz WebTeam
RELATED NEWS

Earning and losing money is part of Rakesh Jhunjhunwala's life -  he has mostly done the former and the thousands of crores that he has earned over the years have given him a legendary status in India, so much so, that he is likened to Warren Buffett, the Oracle of Oklahoma . His career has been defined by the stock markets. However, this year has not been treating Jhunjhunwala very kindly. Majority of his stocks have given him negative returns, with less than a month left for the year 2018 to end. However, it would not be wrong to say that, Jhunjhunwala has worked against all odds when it comes to investing in equities and even then succeed like not many others have ever done. The Dalal Street king has always been very optimistic on Indian markets, hence, outperforming and under performance of a stock is just a game of playing patience, a matter of time for intelligent investor, before he makes the big bucks. Interestingly, Jhunjhunwala went on record to say that this year he wanted God to grant him the boon of not earning money! Well, like it or not, he is set to earn big from this stock.

This is U-turn in fortunes, interestingly, is reflected in a particular stock. Analysts at Macquarie believe Jubilant Life Science is set to gain quite good in a year's time. Guess what! This stock is also under Jhunjhunwala's ambit, in fact the investor has recently increased his holding in that company! If you also own this stock just like Jhunjhunwala, then you will see return of nearly 73%.

It needs to be noted that, this company has not given any return this year. As it had touched an intraday high of Rs 1,039 on February 08, 2018, and since then tumbled to an all-time low of Rs 617.45 per piece on October 19, 2018. This means in a year, Jubilant has plunged by nearly 41%. Simply put, even Jhunjhunwala has faced losses in it.

But if you are a value investor and hold this stock, then in 2019, Jubilant is set to make you rich.

In fact, the performance of Jubilant has corrected now and is quite cheap for purchase.

During July to September 2018 quarter, when every stock was falling on benchmark indices including Jubilant, rather than losing faith, Jhunjhunwala saw a buying opportunity in it. Hence, he increased his holding by 0.31%. Now he owns 1.57% in Jubilant with 2,500,000 equity shares which are worth Rs 194.5 crore.

Why is Jhunjhunwala set to become rich from Jubilant, and why you can become rich as well if you invested in this company? Let's find out.
Macquarie research report says, "We met the senior management of Jubilant Life Sciences today. The company is witnessing improving trends across various key verticals and continues toguide for a better 2HFY19 vs 1HFY19."

Macquarie laid out four key factors on Jubilant and their views thereof:

Radiopharma: At least for the next few years, the company does not expect any incremental competition in the US radiopharma space. Jubilant is keen on exploring growth opportunities in the generator space. It is confident of growth in Rubyfill’s market size due to increased use of PET imaging as well as gain in market share. Jubilant is rebuilding the team at Triad and is focused on winning back contracts lost during the transition process. This ongoing course correction in Triad is likely to continue in FY20 as well.

API & generics: Jubilant remains highly cost competitive and has thus benefited from competitors vacating the market in certain key molecules. Jubilant expects API and generics margins to stay strong in 2H (30.1% in 2Q). We note that its API EBITDA margins at 30%+ are amongst the highest in the industry. We also note that the company has been steadily increasing backward integration (at 35% now, with a 60%+ target in the next three years).

LSI: The company expects LSI profitability to be slightly better in 2H (12.6% EBITDA margin in 1H) led by gradual improvement in Vitamin B3 sales and correction in acetic acid prices. We also expect increases in acetic an hydride capacity and upward revision in ethanol prices to support LSI profitability.

CMO, Allergy, Pharma IPO and net debt: CMO capacity is being increased by 37%, and Jubilant continues to be a beneficiary of lower penetration of CMOs in regulated markets. The allergy business is also witnessing strong traction, especially in the venom segment. Subject to market conditions, Jubilant expects to complete the Pharma IPO by FY19 end (with likelihood of a US listing). The company is confident of continuing to generate robust free cash flow (already lowered net debt by Rs13bn in the last three years).

Following which Macquarie raised FY19-21 EPS by 2-4% as we build in improved operating performance across segments. TP increased from Rs 1,038 to Rs 1,068.

Hence, if we compare the target price of Macquarie with Jubilant's all-time, then Jhunjhunwala is seen to gain 73%. Simply put, this stock will add more crores to the ace investor.

If you are planning to invest in equities, then you might to have a look at Jubilant, as just like Jhunjhunwala you can also become rich.