The much-anticipated direct flight between Vijayawada and Singapore may not take off this week as announced by the Andhra Pradesh government. The state government has recently said the Indigo A320 service will begin on October 25. 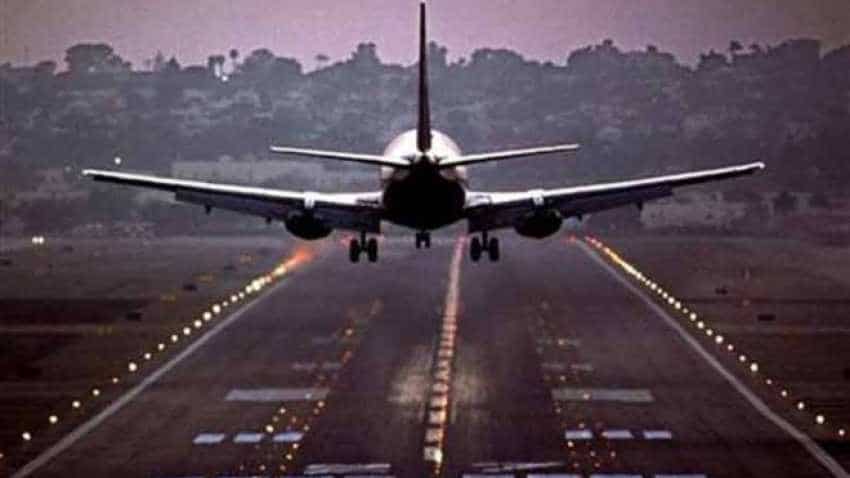 The state government has recently said the Indigo A320 service will begin on October 25. Image courtesy: Reuters
Written By: PTI
RELATED NEWS

Amaravati (AP): The much-anticipated direct flight between Vijayawada and Singapore may not take off this week as announced by the Andhra Pradesh government. The state government has recently said the Indigo A320 service will begin on October 25.

When contacted, Media advisor to the state Energy, Infrastructure and Investment Department A Chandrasekhar Reddy said "bookings will start" but the actual flight service might commence only in the first week of December.

Indigo, which has been chosen by the state government to operate the twice-a-week (Tuesdays and Thursdays) direct flight, said it has not yet finalised the schedule. We are yet to finalise the dates. We would keep you informed as and when we start these flight services, a spokesperson of Indigo told PTI through an email.

A top official of the AP Airports Development Corporation Limited said the winter schedule would kick-in after October 25 and many more time-consuming formalities may be required to be completed prior to the flight, indicating that the service might be delayed.

Chief Minister N Chandrababu Naidu has been very keen on launching a direct flight to Singapore from the state capital Amaravati. The state government came forward to extend viability gap funding (VGF) to launch international flights from Vijayawada airport that falls under the state capital territory.

Airlines participating in the Centre's regional air connectivity scheme UDAN are extended VGF -- which is shared by the respective state government and the Centre -- as well as certain other incentives.

The AP Airports Development Corporation Limited had invited bids from airline operators and Indigo, the sole bidder, was given approval on September 10 to operate the service with a VGF of Rs 18.35 crore for six months. The government set Rs 18,881 as indicative price (return fare) per seat and the VGF was accordingly worked out.